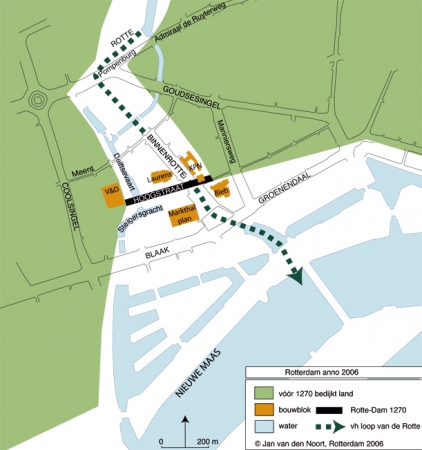 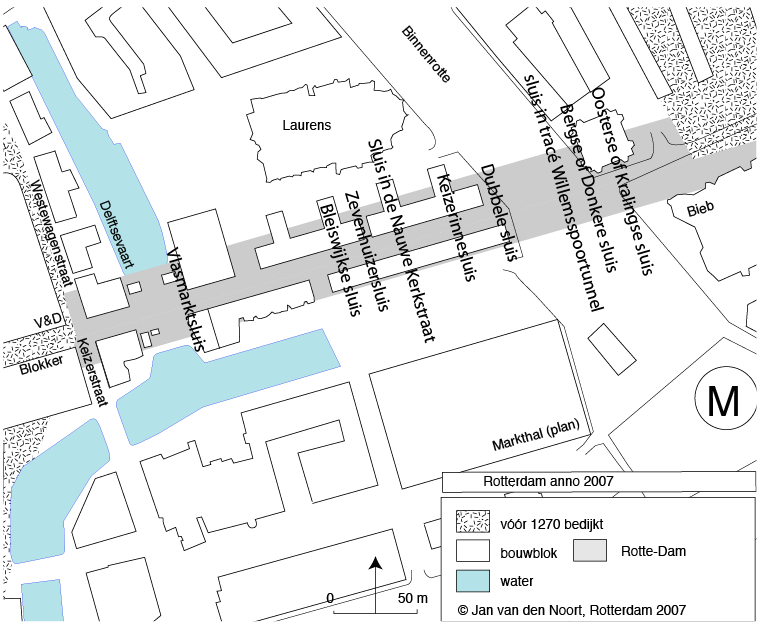 Monument/artwork commemorating the origins of the city

Committee Rotte-dam, SIR and dS+V examined the possibilities for a work of art/monument commemorating the emergence of Rotterdam, the Rotte-Dam (early 2008). The Rotte flowed where now the Binnenrotte is. The dam with locks is still visible at the increased Hoogstraat. Here the origin of Rotterdam lies.

The former centre of Rotterdam is already partly renovated: see de Meent and the Pannekoekstraat. Also, the Binnerotte, the largest square of Rotterdam and the area where the Rotte flowed will be renovated. The demolition of the Van Herk building at the end of the Hoogstraat caused a huge construction site named ‘Rotta Nova’. The first few months this construction site was a research area for archaeologists.
SIR asked two artists to create a sketch design for a work of art about the emergence of Rotterdam. Sketch designs are currently being made by Martin Boyce and Goshka Macuga.
For information about the history of the Rotte-Dam and a lot of maps, see the site of Jan van den Noort, historian and cartographer.