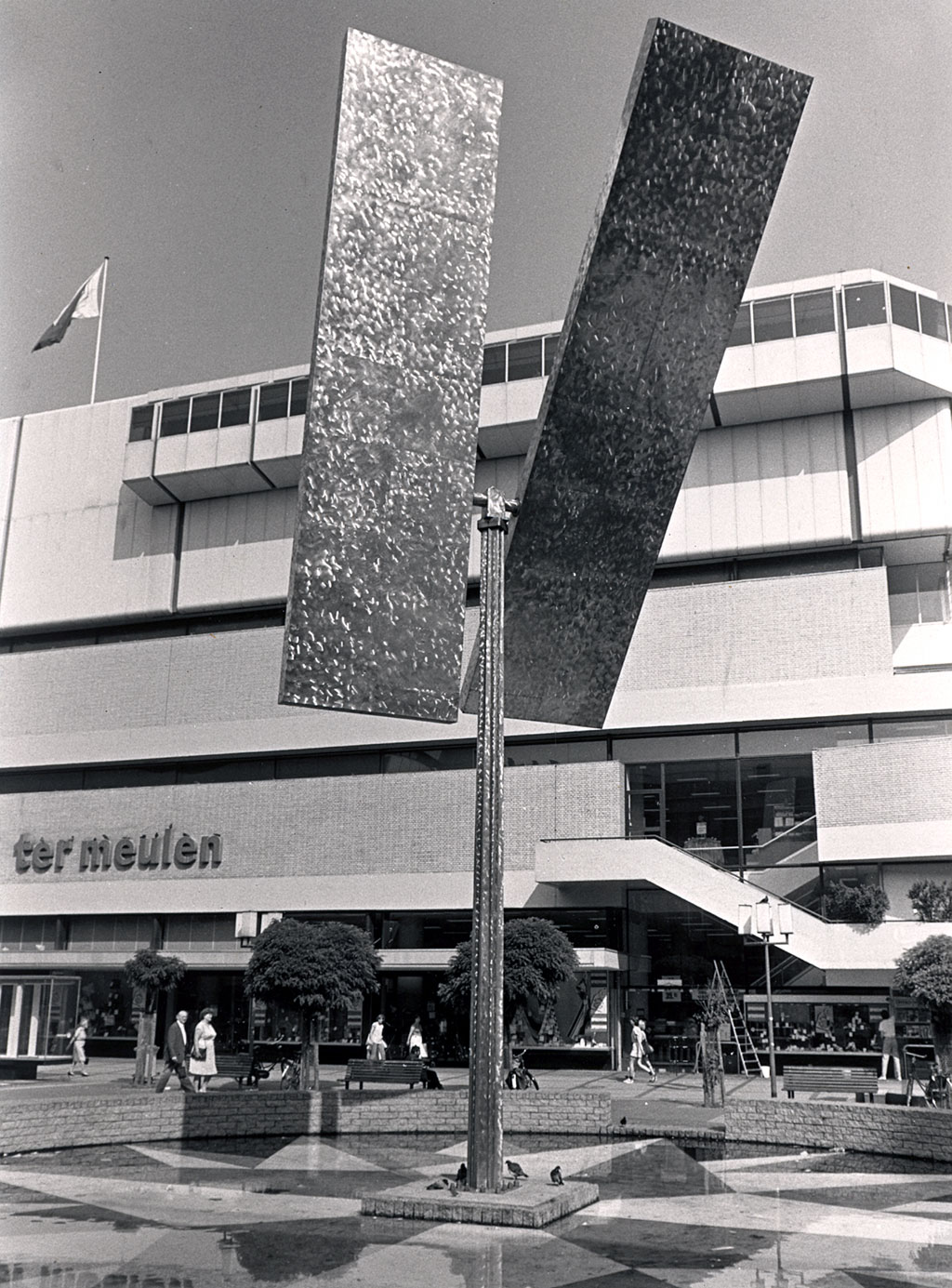 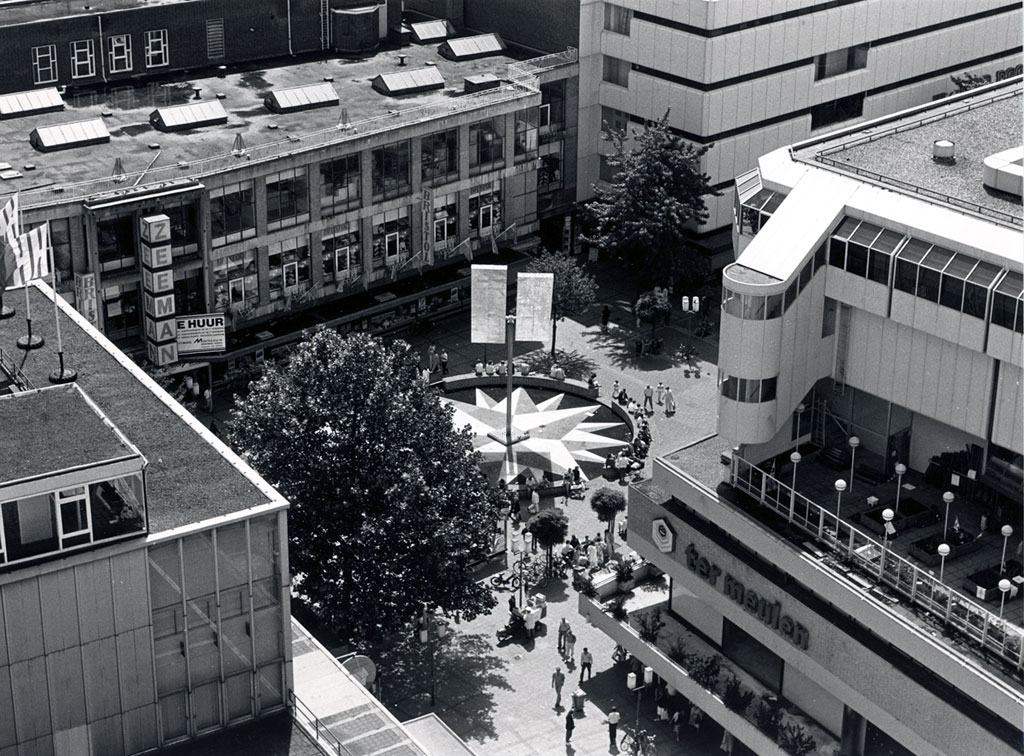 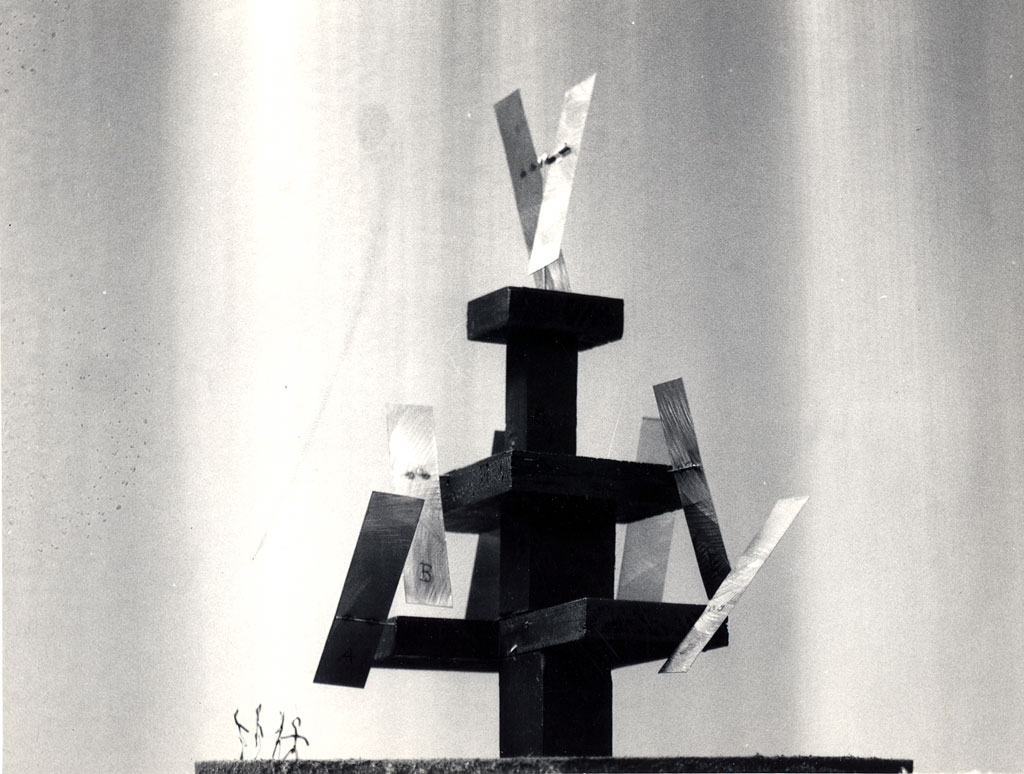 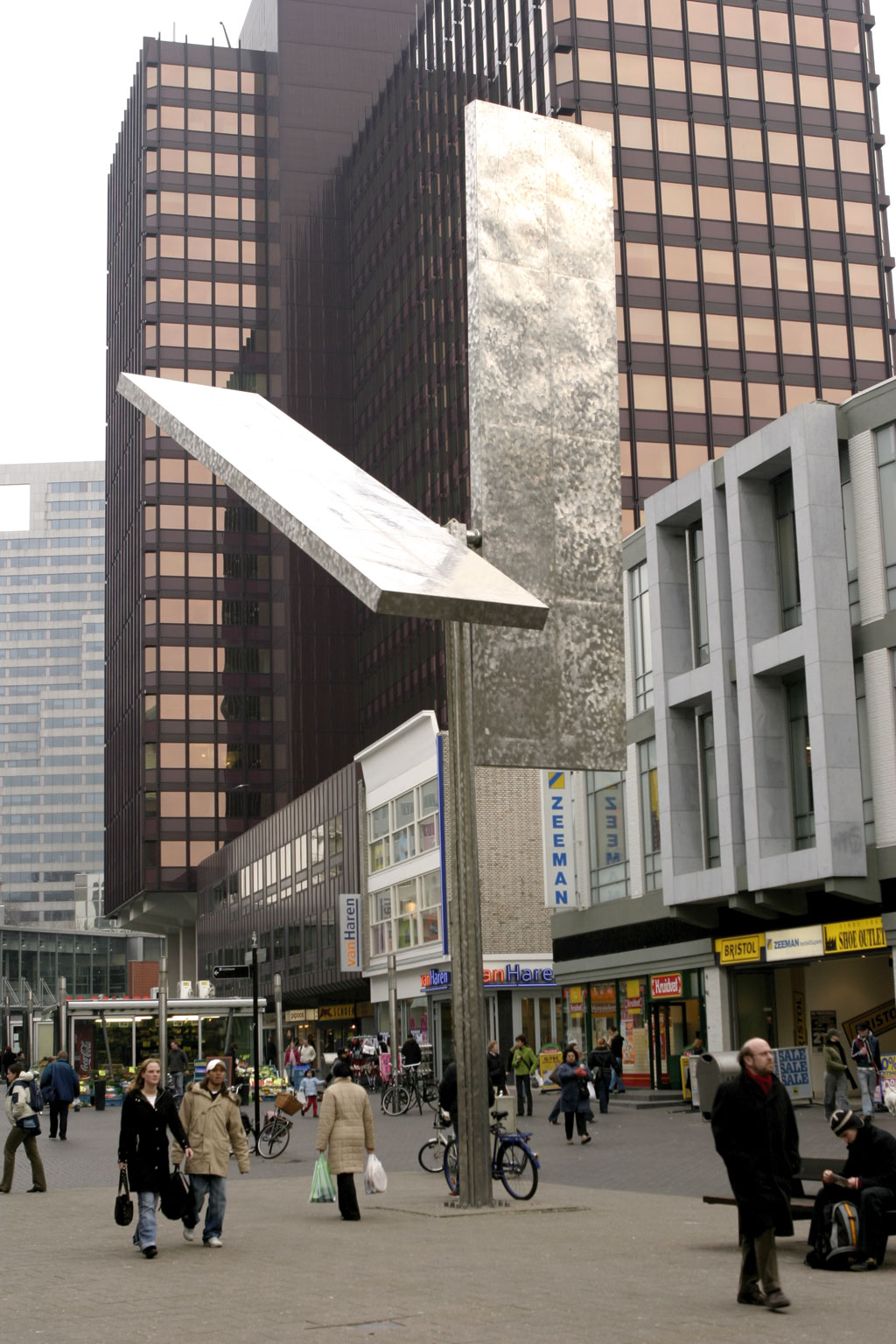 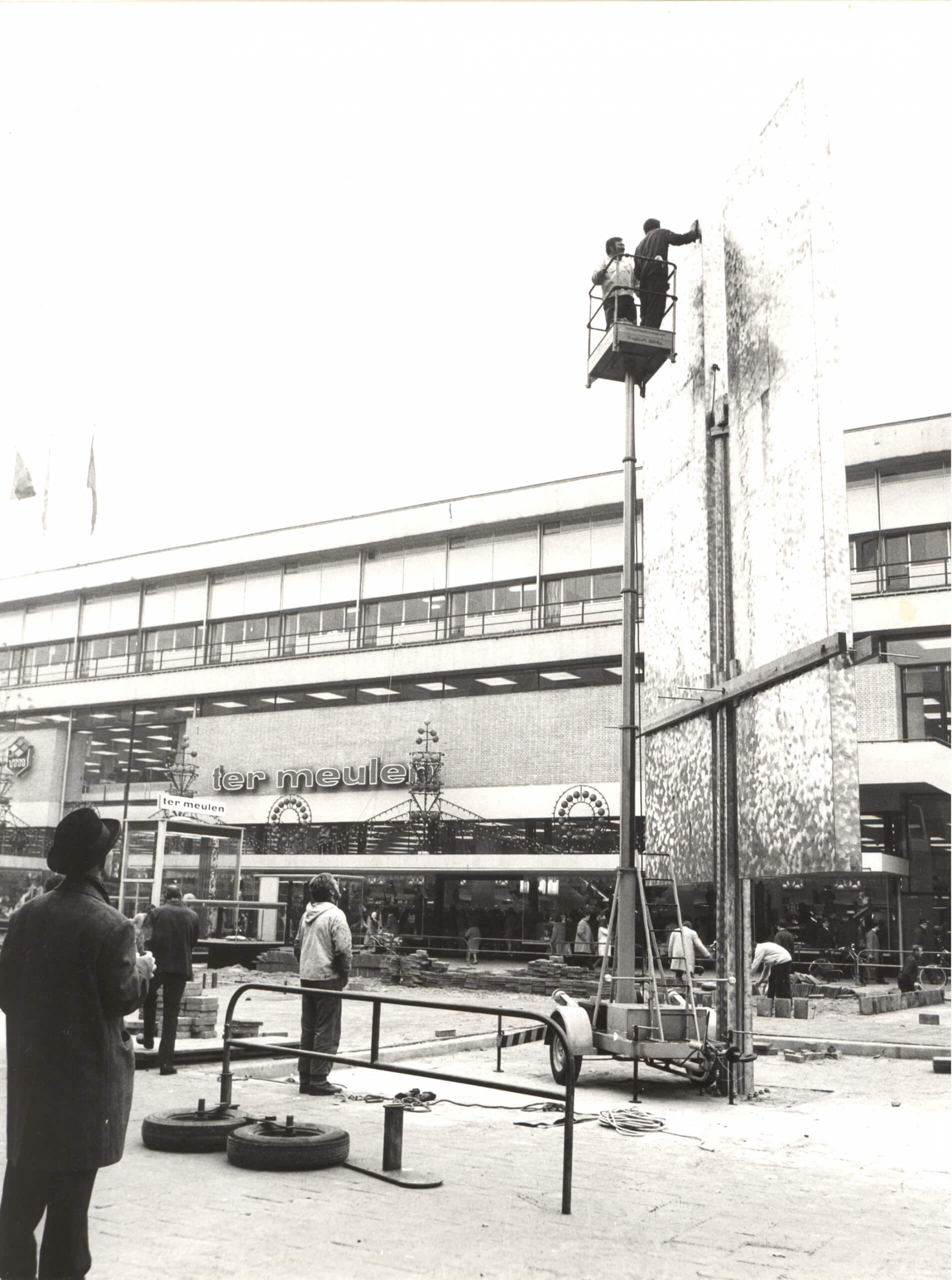 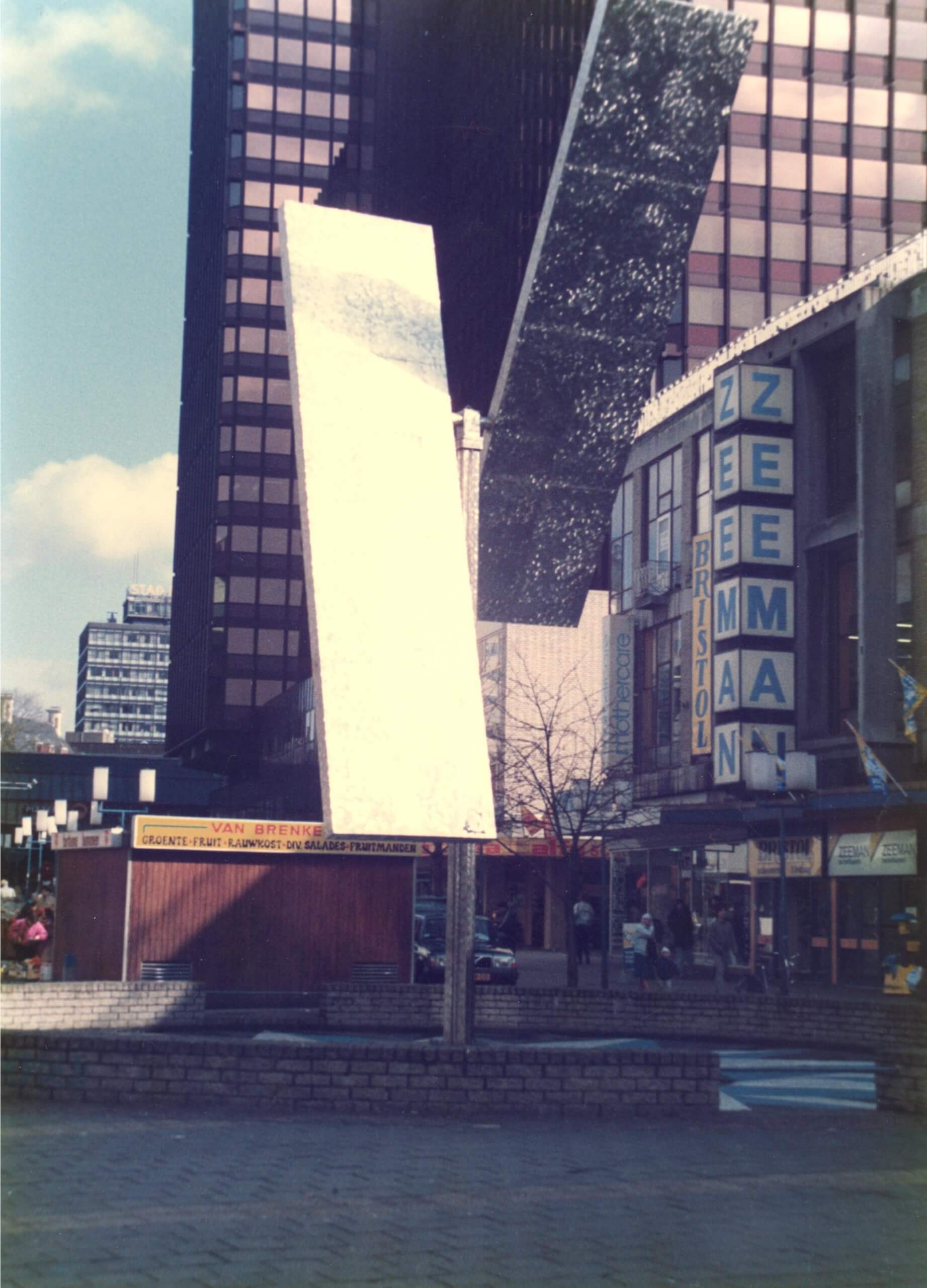 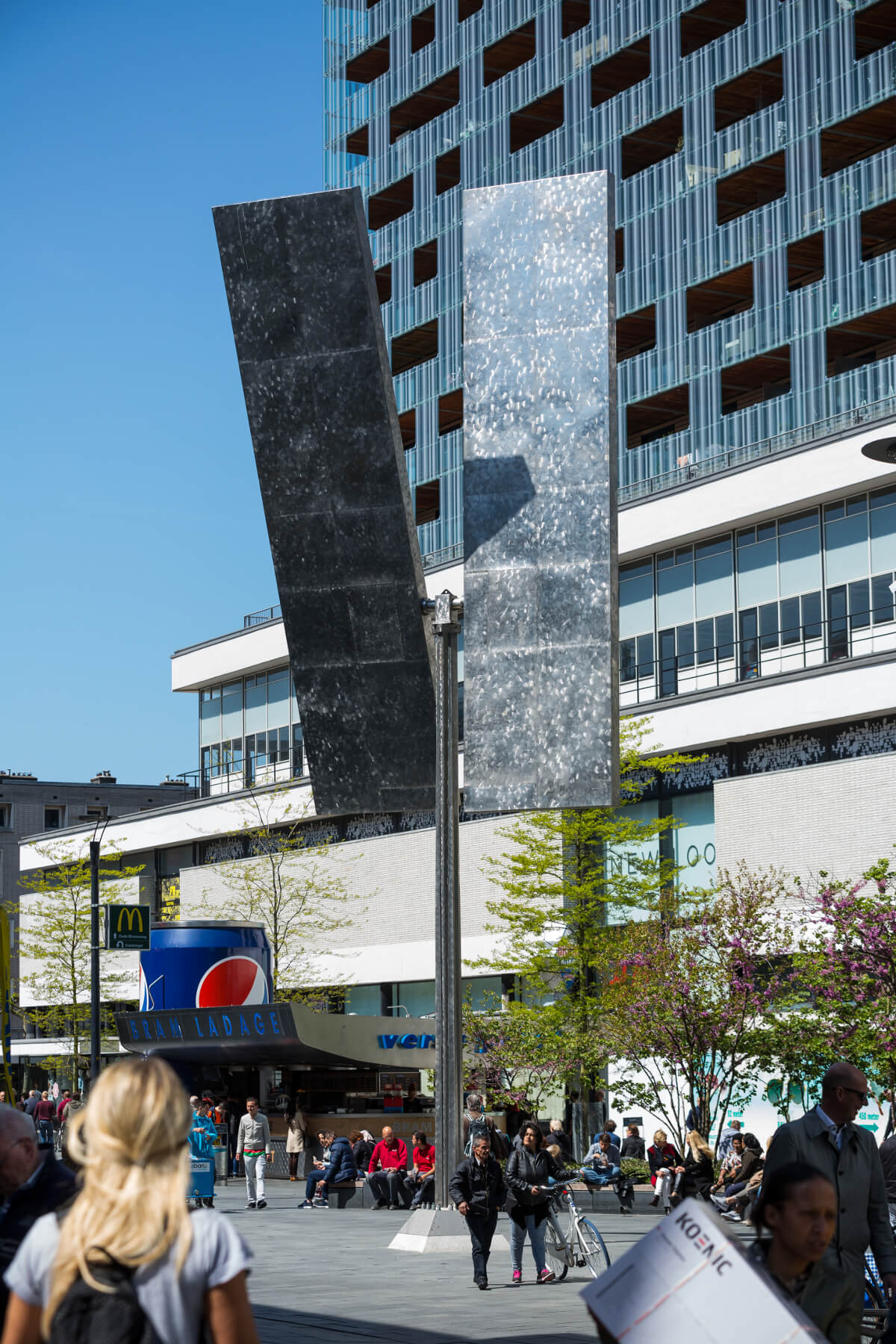 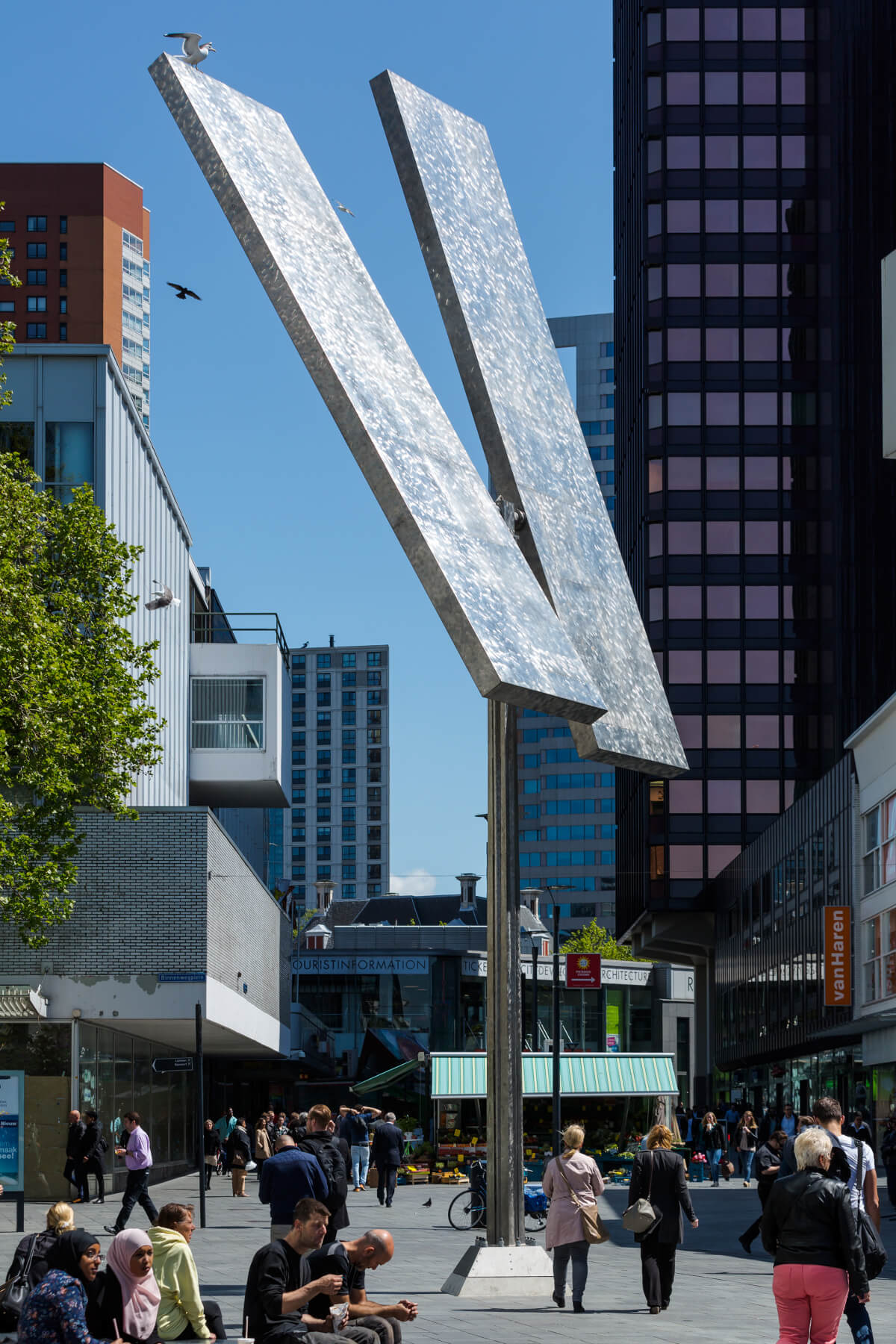 Two kinetic sculptures by George Rickey stand a few hundred metres from each other in Rotterdam.

Rickey was born in the United States, but moved to Europe at an early age, where he came into contact with Cubism in Paris at the end of the 1920s. Under the influence of Alexander Calder, Rickey began to make mobiles. Even more important for his work was his discovery of Naum Gabo. Gabo’s Kinetic Construction (1920) was one of the first moving art works. This interest, combined with Rickey’s admiration of the ideas of De Stijl (Mondrian, Van Doesburg) led to his development of his dynamic rectangular works.

There was a long history behind Rickey’s commissions in Rotterdam. In 1964 he was invited to propose an alternative for the fountain at the Hofplein. His twenty-metre high construction was never realised because the foundations required were too expensive. Eventually, Rickey’s first sculpture in Rotterdam was realised for the newly designed Binnenwegplein.

Rickey’s second sculpture in Rotterdam was donated to the city by Van Ommeren/Cebeko (now Vopak) for the completion of the theatre building by Wim Quist. In 1989 his kinetic segmented column was installed in the open cube above the entrance to the building. Rickey once said that he work should be seen as a form of choreography, so that it is more than at home on the façade of the theatre building. (DvT) 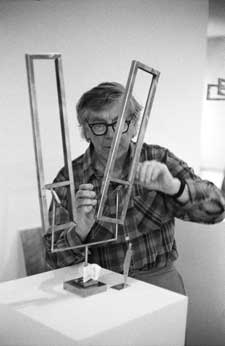