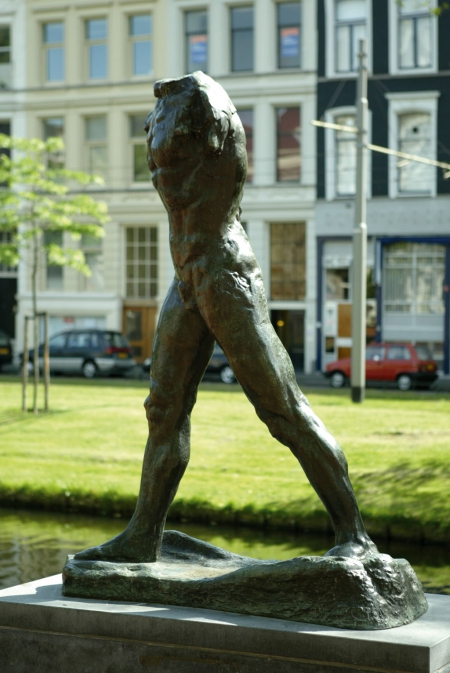 L’Homme qui marche, Auguste Rodin’s sculpture on the Westersingel in Rotterdam, will be loaned to the exhibition Degas und Rodin – The Race of the Giants towards the Modern in Wuppertal, Germany from October 2016 until March 2017.

The sculpture weighs 600 kilos and will be moved to Wuppertal mid-October. The sculpture was cast in 1907, and acquired by the city of Rotterdam in 1961. In 2000 it reached its current location, at the Westersingel, near Rotterdam’s Central Station. The exhibition in Wuppertal will be on view from the 25th of October until the 28th of February 2017.

About the exhibition
Never before have the works of Edgar Degas and Auguste Rodin been compared to and confronted with each other in such a grand exhibition, which aims to show how both artists cast all rules and standards overboard in a race to modernity. The exhibition will be on view until the 28th of February 2017, at the Von der Heydt-Museum in Wuppertal, Germany. More information can be found on the museum’s website.

L’Homme qui marche by Auguste Rodin has a long history. The sculpture was not modelled in a single session, but appears to be an assemblage of various studies and components from other sculptures. Between 1898 and 1900 Rodin made changes to many of his sculptures. He decided to combine the legs of John the Baptist with the now damaged clay version of the torso from 188, laying basis for L’Homme Qui Marche. In 1907 a larger plaster version was produced, which was cast in bronze in 1911. The Musée Rodin in Paris, which administers Rodin’s estate, has authorised twelve copies of the sculpture, one of which is now part of SIR’s collection. Read more