From Zadkine to McCarthy 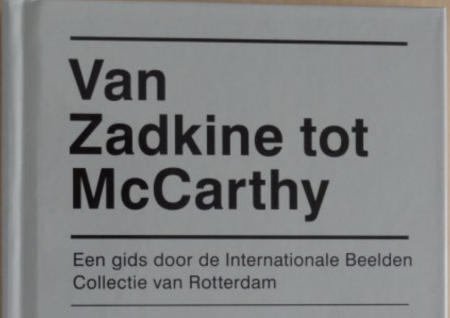 From Zadkine to McCarthy

A guide through the International Sculpture Collection of Rotterdam

In 2006 the bilingual book Van Zadkine tot McCarthy was published. A handy and beautifully designed and bound booklet in which 39 Rotterdam sculptures are portrayed and discussed. A sculpture collection that was and is cherished by the city.

Every city has its statues, busts, figurines and memorials, but nowhere in public space will you find a sculpture collection like that of Rotterdam. This publication shows the core of it: 39 works of art by renowned artists from different countries (including Picasso, De Kooning, Rodin and Shapiro), on display in the center of Rotterdam. It roughly covers the period from the famous monument The destroyed city (1946-1953) by Ossip Zadkine to the much discussed and controversial statue Santa Claus (2001) by Paul McCarthy. In addition to describing the important role that the business community played in the creation of this collection and publication, the images are depicted in color and explained in Dutch and English text. Furthermore, a preface by Ivo Opstelten, an essay by Hans Abelman and Jelle Bouwhuis and a well-arranged map in the back.