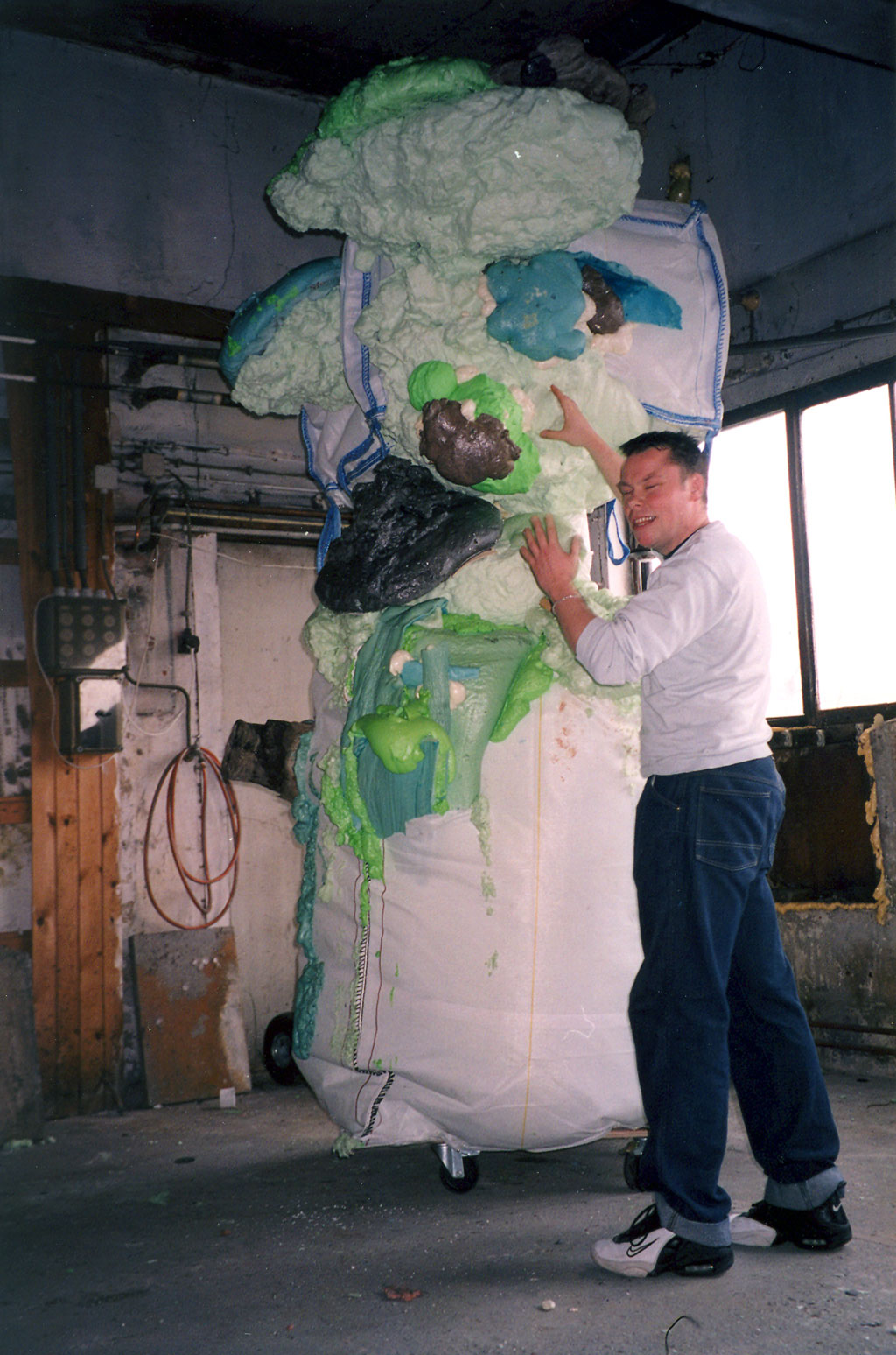 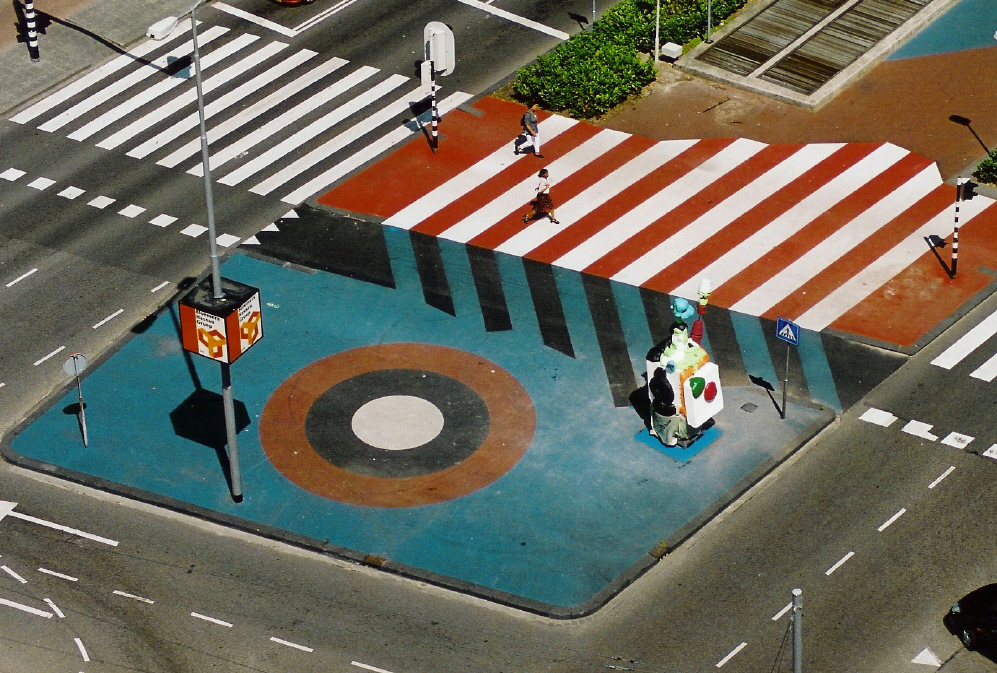 Anita is David Bade’s first permanent public sculpture. Until shortly before its execution the artist tested various different ideas. The process – making numerous versions of the design, working with malleable materials such as clay and polyurethane foam and making changes to the sculpture after it was cast – are characteristic of Bade’s associative and impulsive manner of working.

One element recurs in the all the various designs: a rubble sack on a pallet serves as the base for the sculpture. Eventually Bade arrived at a representation of a female figure named Anita, who rises up out of the rubble sack. The colossal, amorphous body is surmounted by a stylised girl’s head on a long, thin neck. Bade made the definitive design at full scale from clay and polyurethane foam, in combination with found objects and materials. The object was then cast in polyester.
Bade designed the object to stand on a pavement, where rubble sacks are normally found, with (as in reality) a pallet as a plinth. This choice is a reference to Rotterdam’s constant urban developments and building projects.

The sculpture is sited on the Eendrachtsplein. According to Bade it functions here as a classical sculpture in a public space and serves as a signpost for the adjacent skateboard park: a place for urban street culture. 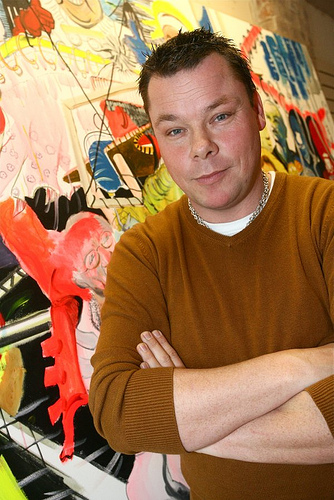 David Bade was born in Willemstad, Curaçao in 1970. The drawings, sculptures and installations he has made since the early 1990s contain references to a range of images from the visual arts and popular culture. He has a critical and provocative view of the world and art: cynical yet full of humour.  Bade often uses an intuitive process-based method. The final form of his sculptures evolves during his working process. His materials range from found objects to natural materials such as branches, clay, chalk, paper and linoleum. He frequently uses polystyrene foam, a material that is ideal for the spontaneous expression of his ideas. Bade also makes drawings, that he frequently incorporates in his installations.

His installations are always complex assemblages of various two- and three-dimensional elements, often incorporating existing sculptures. They make a chaotic impression, as snapshots from a process, temporarily fixed for a particular exhibition. Bade often continues work on the pieces and re-uses components in his next show.

Sometimes elements from such installations are lost; either by design or as a consequence of the situation. In 1995 Bade exhibited drawings in the open air at the Venice Biennale. They got soaked and torn in the rain and visitors took the remnants. Bade was not impressed.