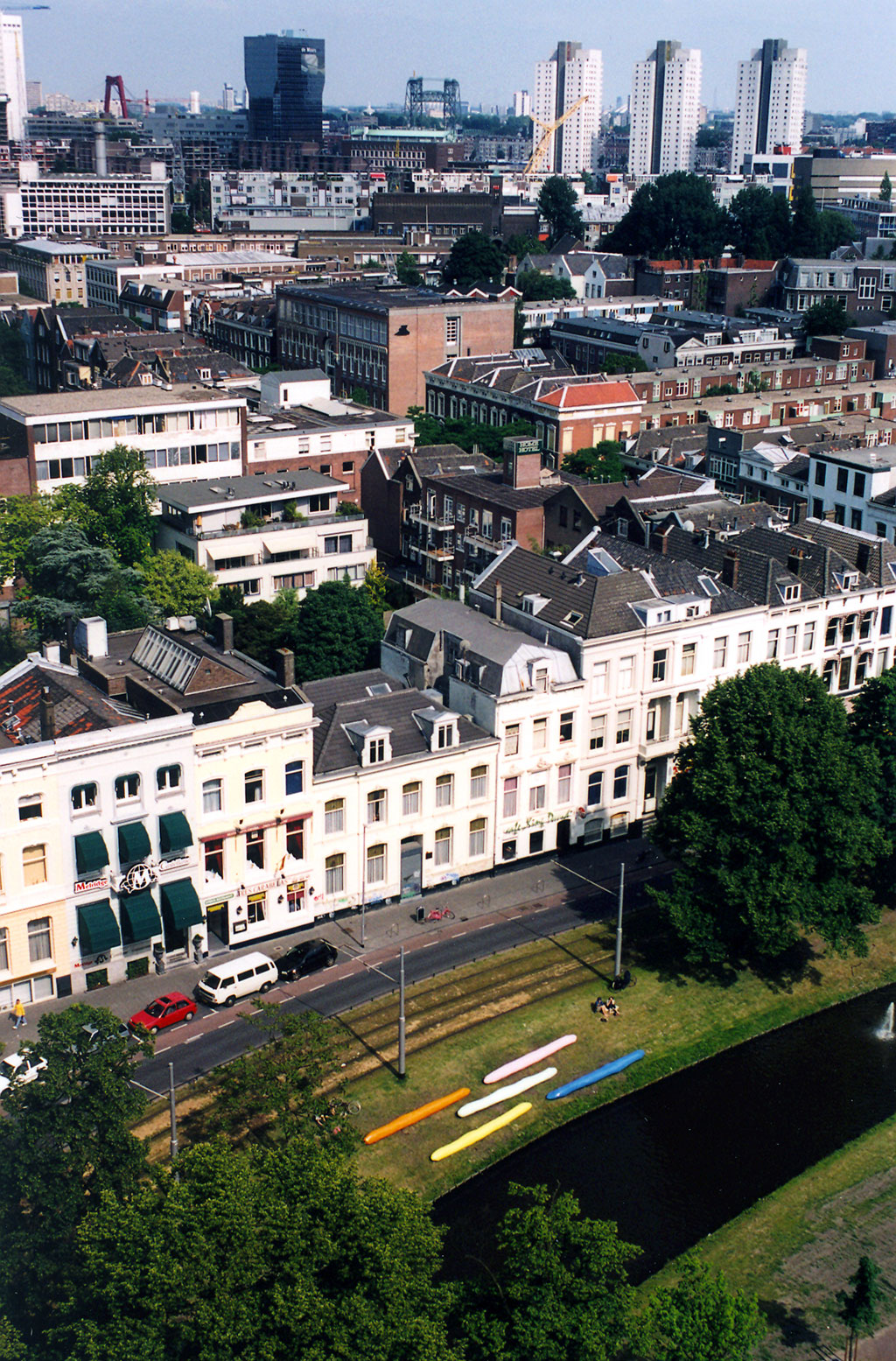 Qwertz by the Austrian artist Franz West was placed on the Westersingel in 2001 as part of the expansion of Rotterdam’s international sculpture collection. The five monochrome coloured rolls of steel resemble enlargements of rolls of clay.

The title has no specific meaning. Qwertz is made up of the first six letters on the German typewriter or computer keyboard. West hopes that the word will evoke associations with existing words and that viewers will derive their own meaning from the work.

The five individual elements are composed of a core wrapped in sheets of aluminium and are placed in an irregular pattern. The artist does not wish his works simply to be objects of contemplation. His works consist of fragments that are completed by the viewer’s interaction with them. West wants the public to enter into a dialogue with his works. In the case of Qwertz, the colourful components on the bank of Westersingel make ideal seats. 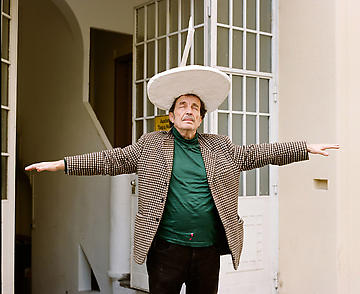 Franz West (1947 – 2012) was born in Vienna. Over the last thirty years he has built up an extensive oeuvre. Even before he began his studies at the Academy of Fine Arts Vienna in the mid-1970s he experimented with photography, printmaking, monochrome paintings and papier-mâché reliefs.
Back to overview