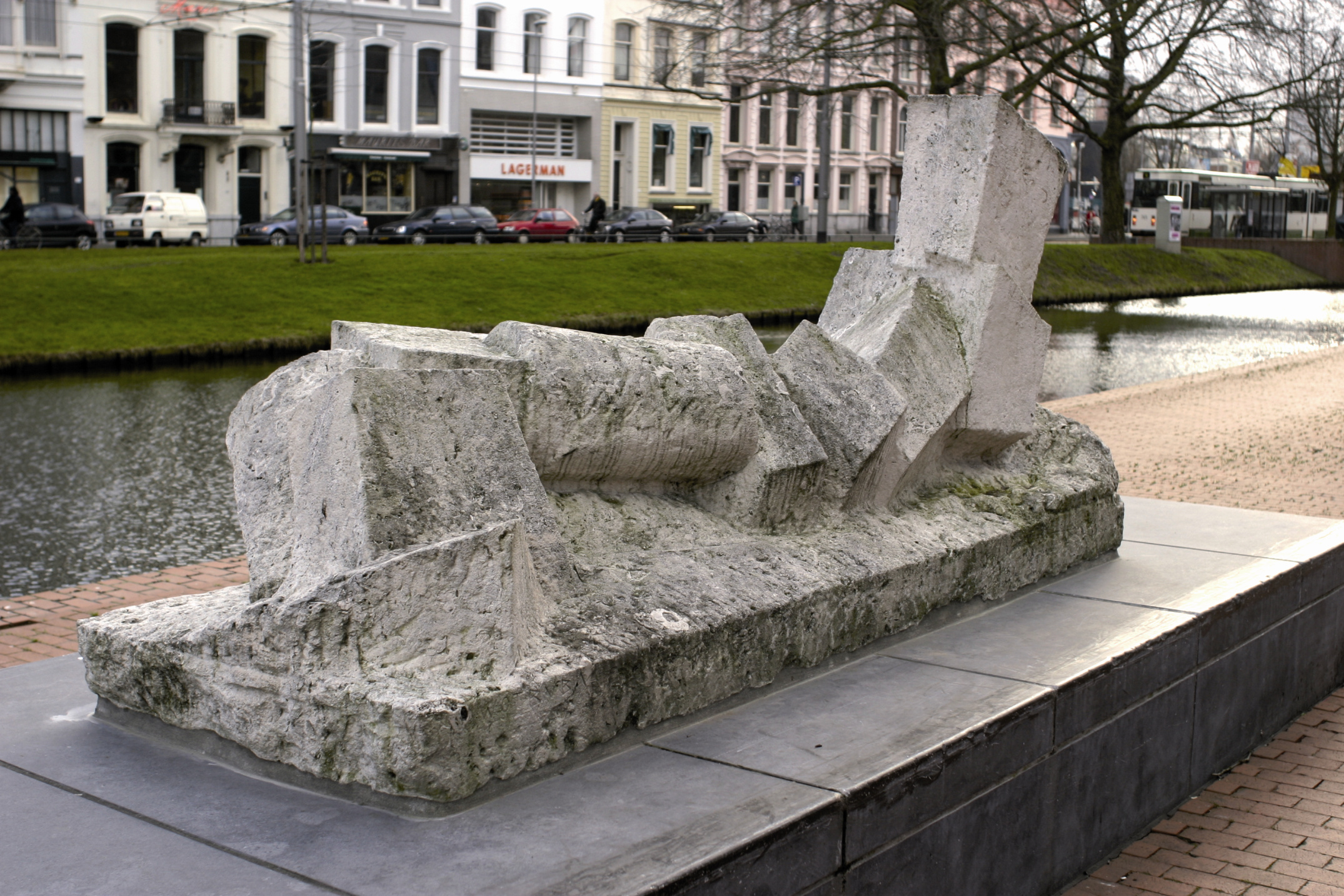 The image of Fritz Wotruba reclining figure in 1971 was purchased from the studio of the artist and is one of the larger objects in his work. It was manufactured in 1969 and can be seen as part of a series of reclining figures from about 1960 he performed in stone and bronze. Like the other reclining figures is also this version from elementary forms.

The figure is composed of geometric volumes, at different angles one upon the other. In this block and cylinder-shaped elements we recognize segments of body parts. It seems as if the image is composed of parts. In reality, the picture is from a limestone piece of meat. Limestone was the favorite of Wotruba. He wanted material and process visible and identifiable to keep the viewer: the traces on the surface which had formed working with chisel tooth steel or diamond saw he often are.

Due to the elongated nature of the figure, the emphasis on the long side, giving the impression to form the front view. The ends of the picture seem less important. This construction, the image against a landscape, something easily reconciled with the Wotruba following statement: “I dream of a sculpture in which landscape architecture and city to a unit! It is a city like Marseille, a heat blazing city, suddenly changing shape, it is an immense sculpture, a giant figure, built from white blocks and articulated by flat, horizontal terraces, flattered down and motionless in a barren landscape … “ 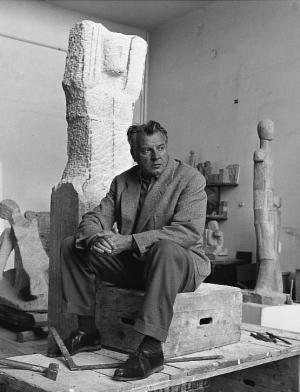 Fritz Wotruba was born in 1907 in Vienna to a Czech father and a Hungarian mother. In the early 1920s he trained to be an engraver and took lessons in sculpture under Anton Hanak. He began to work independently as a sculptor in 1927. Around 1930 he visited Germany and became acquainted with the sculptors Wilhelm Lehmbruck and Aristide Maillol. Wotruba had his first solo exhibition abroad in 1931. He worked in a realist, figurative style in stone and bronze and was yet to develop his own distinctive style.
Back to overview