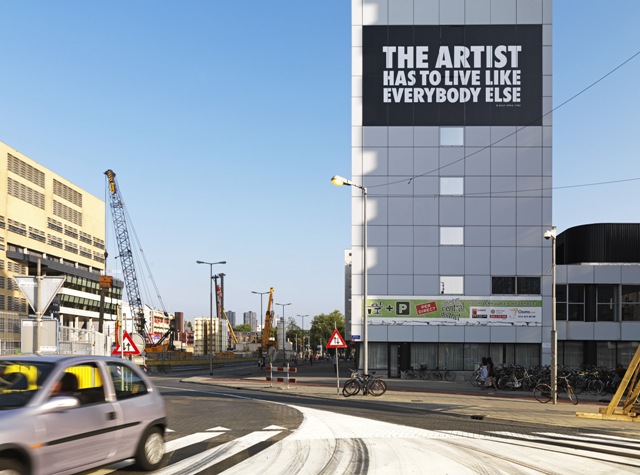 Billy Apple, The Artist Has to Live Like Everybody Else, 1985. Photography: Bob Goedewagen 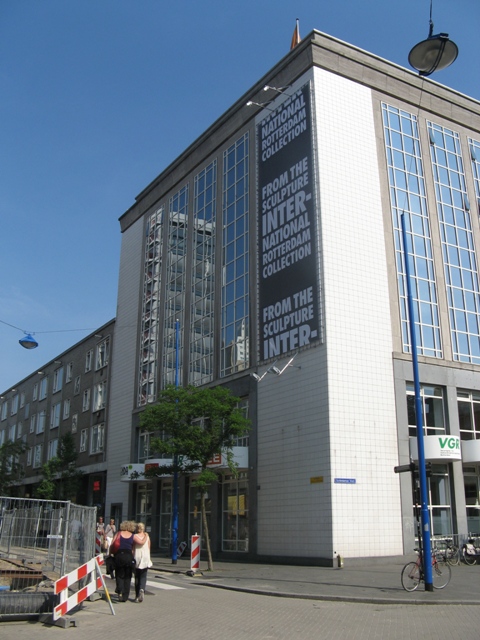 The proposition THE ARTIST HAS TO LIVE LIKE EVERYBODY ELSE functions as a statement in the public space, claiming both the works and the artist’s rights to integrate into the reality of socio-economic structures.

Formulated and displayed for the first time in 1985 during the economic boom, this statement has kept its relevance in a variety of different contexts. In 1991 it appeared as a running text on an outdoor electronic signboard, this time placed on the façade of the Bank of New Zealand’s (BNZ) office in Auckland. It reappeared for the tenth time in 1993 on the back cover of The National Business Review, linking the art of business with the business of art. By 1993 the artist had attached this statement to his Paid series. In this ongoing project, Billy Apple offers for payment the invoices that he has received for a range of purchases from his day-to-day living. The collector pays the invoice and then receives it framed and mounted on a form titled Paid with the words The artist has to live like everybody else written underneath. In these, Billy Apple shortcuts the usual processes of making art, earning money and spending it.

The second billboard incorporates aspects of the Billy Apple brand with those of the collection of Sculpture International Rotterdam. Running down the face of an inner city building, this text-based work is presented like a rolling advertisement that has been halted for a moment in time.

FROM THE SCULPTURE INTERNATIONAL ROTTERDAM COLLECTION is drawn from Billy Apple’s From the Collection series. In this series the tradition of the painter portraying his patron is updated, conceptualized and rendered in strong graphic form, becoming an alternative, knowing, but still respectful portrait of its owner. These works raise questions about the symbolic value of buying art, the self-aggrandizing of owning ‘a collection’, and the artistic motivation behind such a work’s creation.

Related works from both Paid and From the Collection series are on view at Witte de With Center for Contemporary Art. Both artworks will be part of Rotterdam’s landscape until September 13, running parallel with the exhibitions at Witte de With.

This project has been made possible thanks to the support of Herenplaats, Laan Irodjojo, Maarsen Groep, Mee Rotterdam and the commitment of Joost ten Bruggencate and Jeroen Everaert from Mothership. 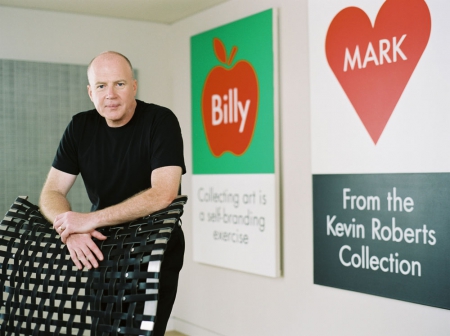