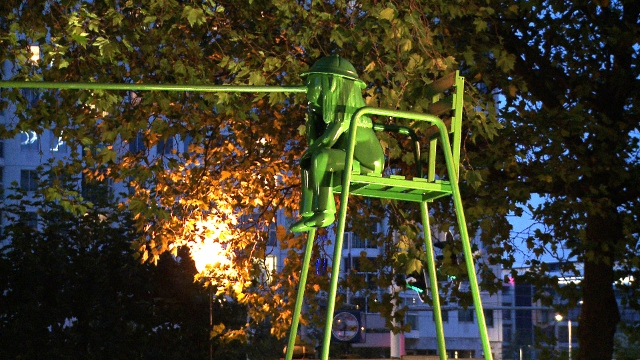 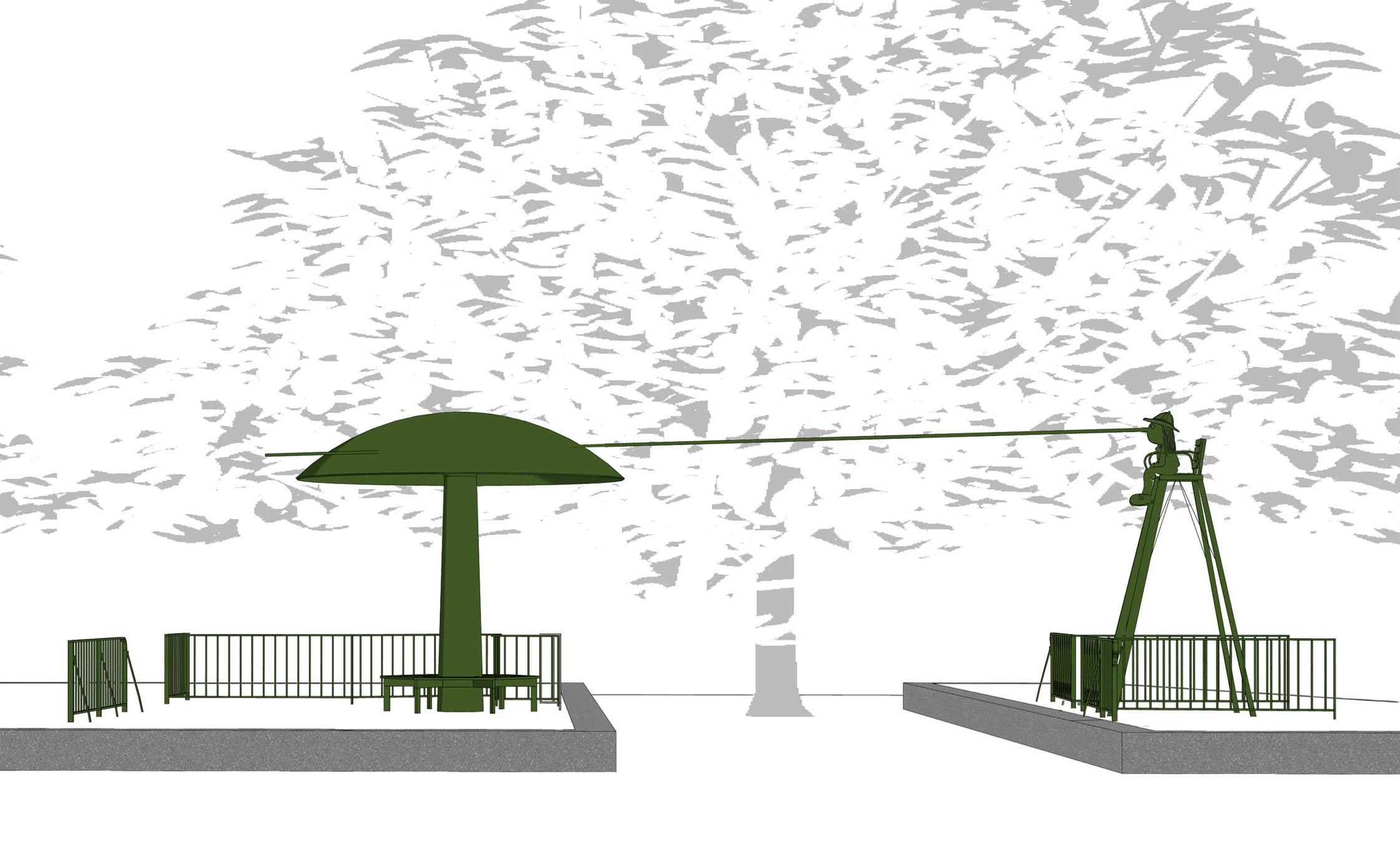 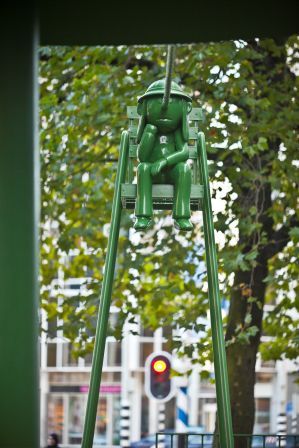 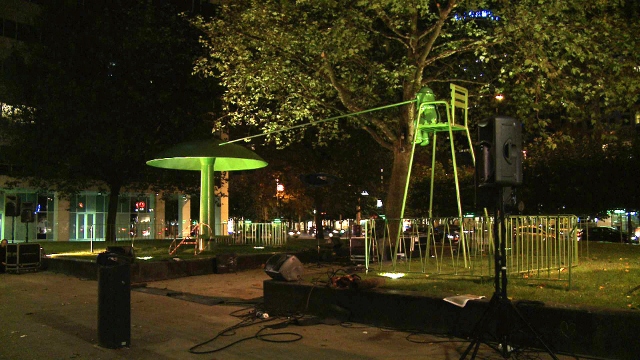 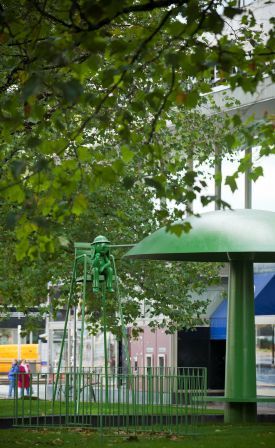 The Idler’s Playground consists of two parts. One part consists of a small boy wearing a hat and seated on a life-size tennis umpire’s chair. Both in appearance and in facial expression, he looks suspiciously like Pinocchio, the famous character in Carlo Collodi’s story. Pinocchio sits doing nothing: he leans forward in his chair, chin resting on his right hand, and gazes out in a bored – or rather disgruntled – manner. In the meantime, his nose has got so long that it bores right through the toadstool standing in the perch opposite. Under the toadstool, a bench has been installed; it seems to invite observers to do the same as Pinocchio. The question is, considering his long nose, will it do them any good? In the end, the image mainly seems to be an invitation to withdraw from your day-to-day life, as witnessed not only by Pinocchio’s insignificance and the bench, but also by the fact that both sculptures are sprayed completely in green, as if the entire work of art is trying to be as unobtrusive as possible. (text: Hans den Hartog Jager) 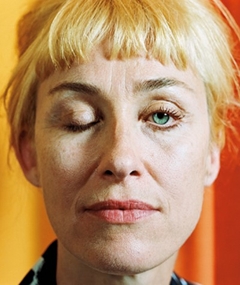