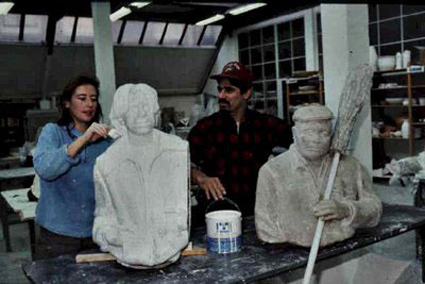 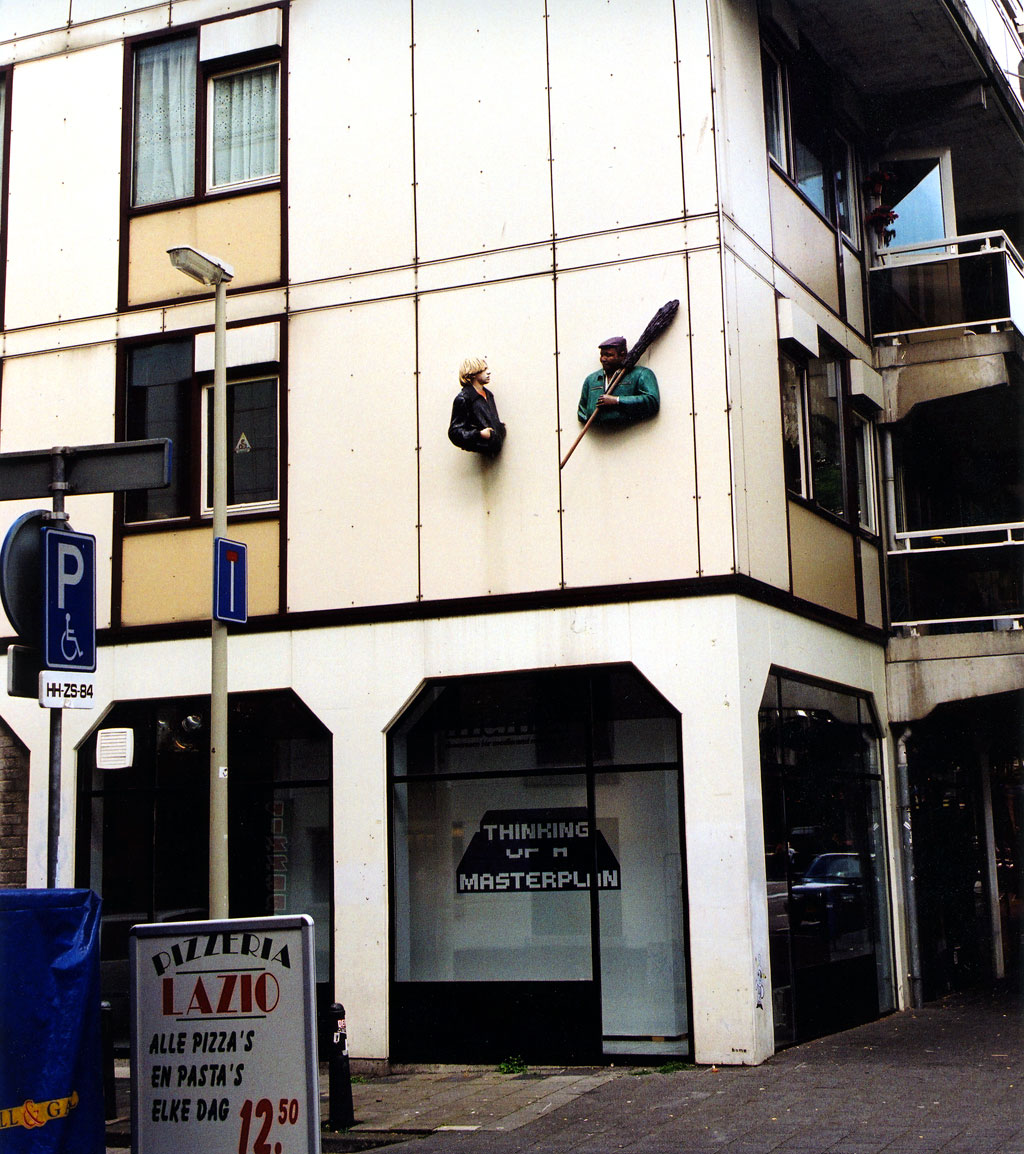 In the Kromme Elleboog, a sidestreet of the Witte de Withstraat, the façade of a corner building is decorated with the portrait busts of two male figures. The sculptures were made by John Ahearn, with the assistance of Rigoberto Torres. The men depicted look at one another. One is rather young, white and dressed in a leather jacket while the other is dark-skinned, wearing work overalls and holding a willow street-sweeping broom. The sculptures are extremely detailed, and not only is attention placed on the subjects’ appearances, but also on the anatomical shape and colour of their faces. The artists approximate reality as closely as possible; this is demonstrated by the way the figures are posed, and in the use of props and clothing.

The people who posed for the sculptures are two local residents, “Mario and Antonio”. Their heads and part of their torsos were cast in plaster. After that, lifelike polyester sculptures were crafted using the moulds, and these were then painted by Ahearn. The underlying idea of the two façade sculptures is that Ahearn felt it was important this time not to portray public figures such as famous naval heroes, scholars, poets, philanthropists, heads of state, administrators or politicians. This time, he wanted to immortalise ‘unknown’ people, the average person on the street. It’s not about stereotypes here, but individuals, the type of person you might see on any city street.

With his replicas of real people, Ahearn took art outside of the walls of a museum. This reflects his interest in taking on a new type of engagement, centring on the public and zooming in on social themes. By using two unknown people as models and exhibiting them in a lifelike manner in a public space, he aimed to reinforce their identities, thereby increasing the social cohesion in the neighbourhood. 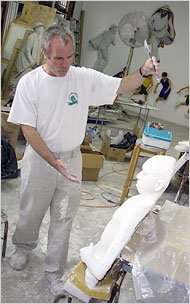 John Ahearn was born in Binghamton in the United States in 1951, and studied art at Cornell University in upstate New York. After graduating, he went on to make films in Manhattan. He created masks and disguises for these films, and in the late 1970s, he started making plaster casts of artist friends of his. At the same time, Ahearn participated in the activities of CoLab (an abbreviation for Collaboration Projects, Incorporated). CoLab was an artists’ collective that was founded in 1977 by young, New York artists who felt excluded from the system within the art world, or who consciously rejected this system. They wanted to allow art to speak a universally accessible language (once again), and to give it a place in everyday life.

In 1979, Ahearn met Rigoberto Torres, the son of Puerto Rican immigrants. Torres had studied casting religious figures in his uncle’s sculpture factory in the South Bronx (New York). Starting in 1979, Ahearn and Torres created realistic sculptures together; the residents of the impoverished neighbourhood of the Bronx posed as the models for these works. For many years, they immortalised dozens of primarily African-American and Hispanic-American people from this neighbourhood. In the beginning, these were mostly individual portraits, and later they also made half-figures, typifying sculptures and ensembles.

First, they would make a plaster mould of a local resident. Using this, a polyester cast would then be created and painted in a true-to-life fashion. The casting process usually took place right on the street, arousing tremendous interest from bystanders. Those who posed for the works usually received a copy of their own portrait.

Ahearn and Torres made sculptures which left an open and cheerful impression. They formed a tribute to the people they depicted. Many of the scultpures earned a place in the neighbourhood’s public spaces, and emphasised the demographic changes which had taken place during the course of the 20th century in the United States.