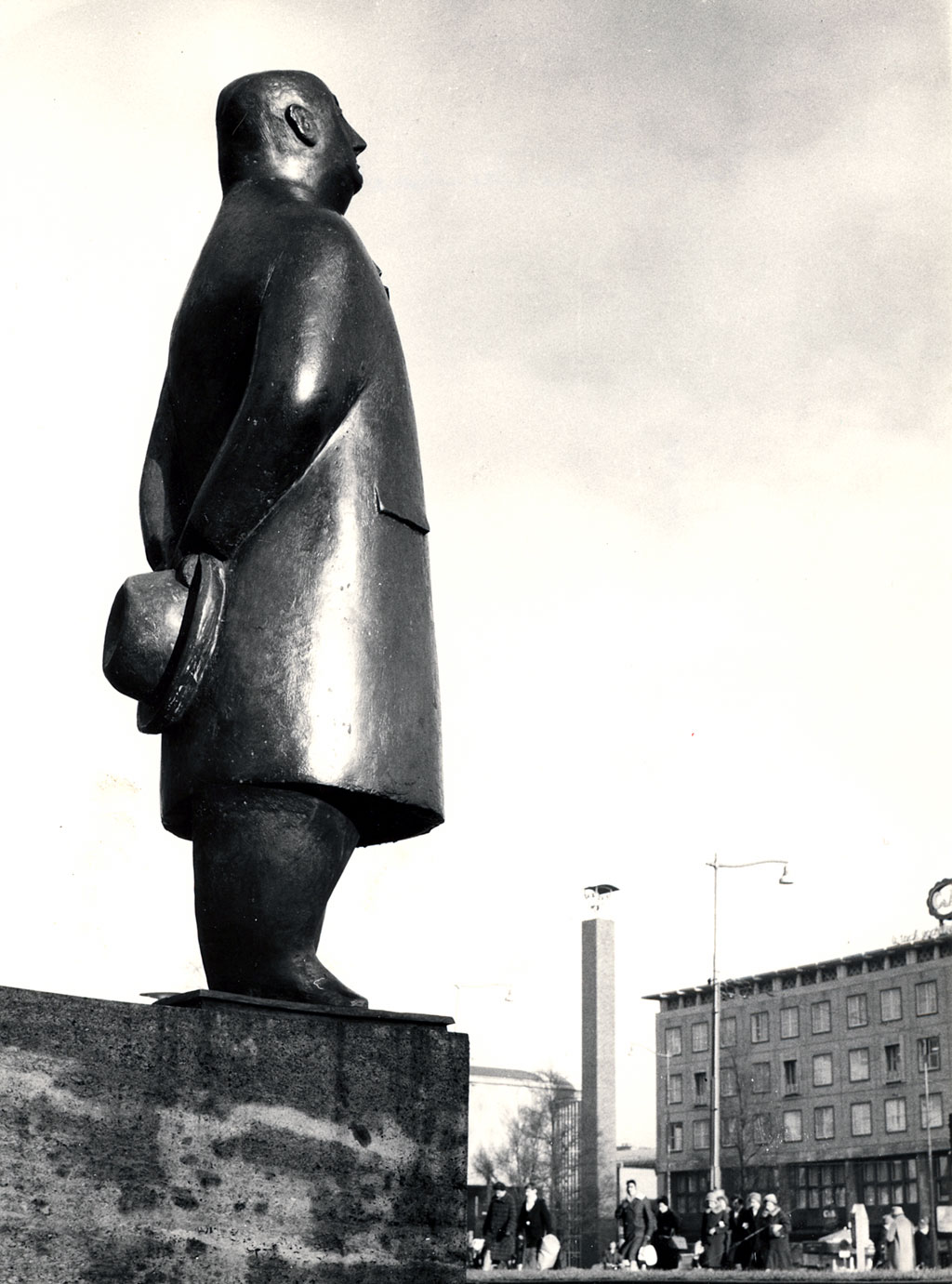 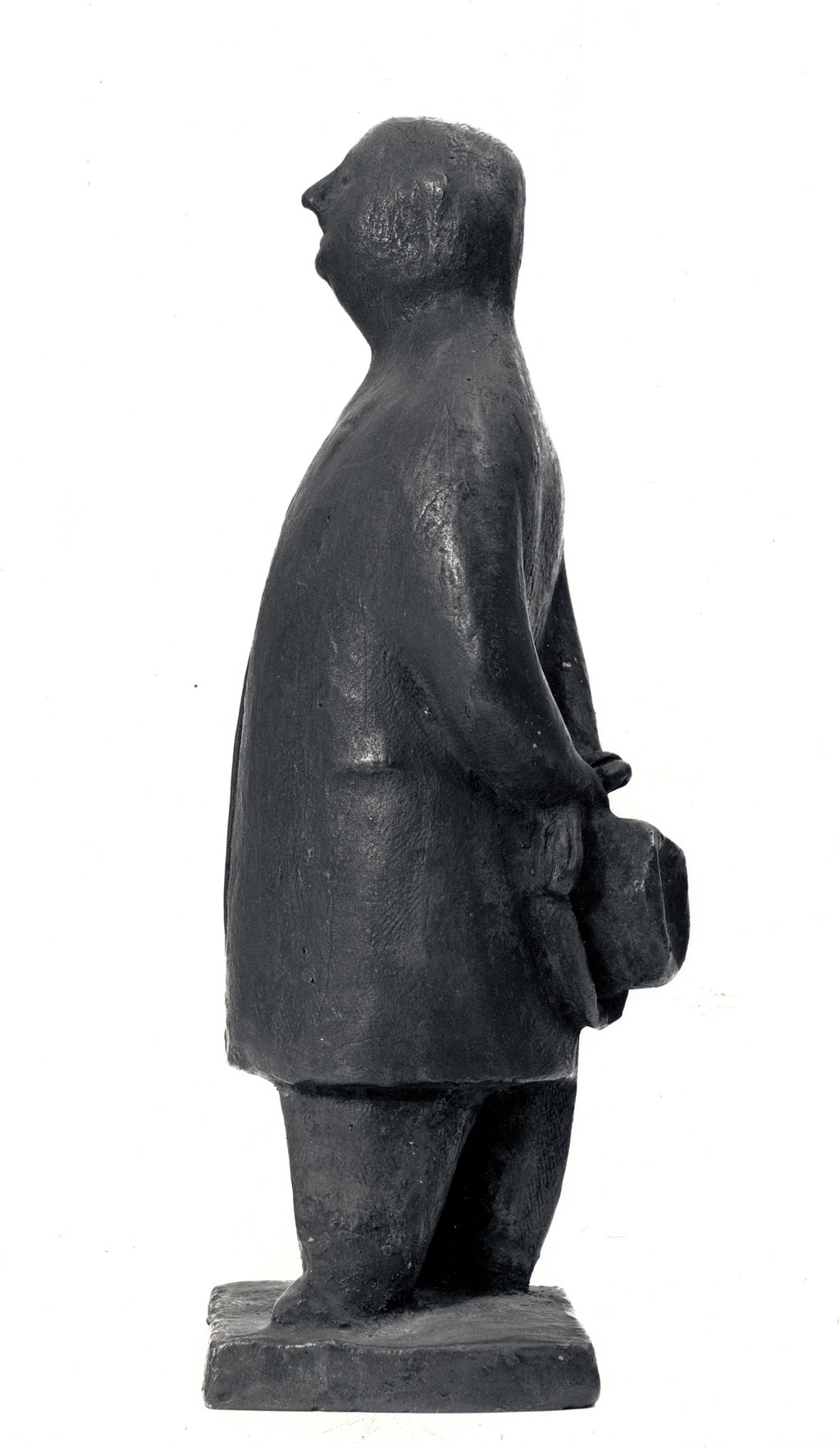 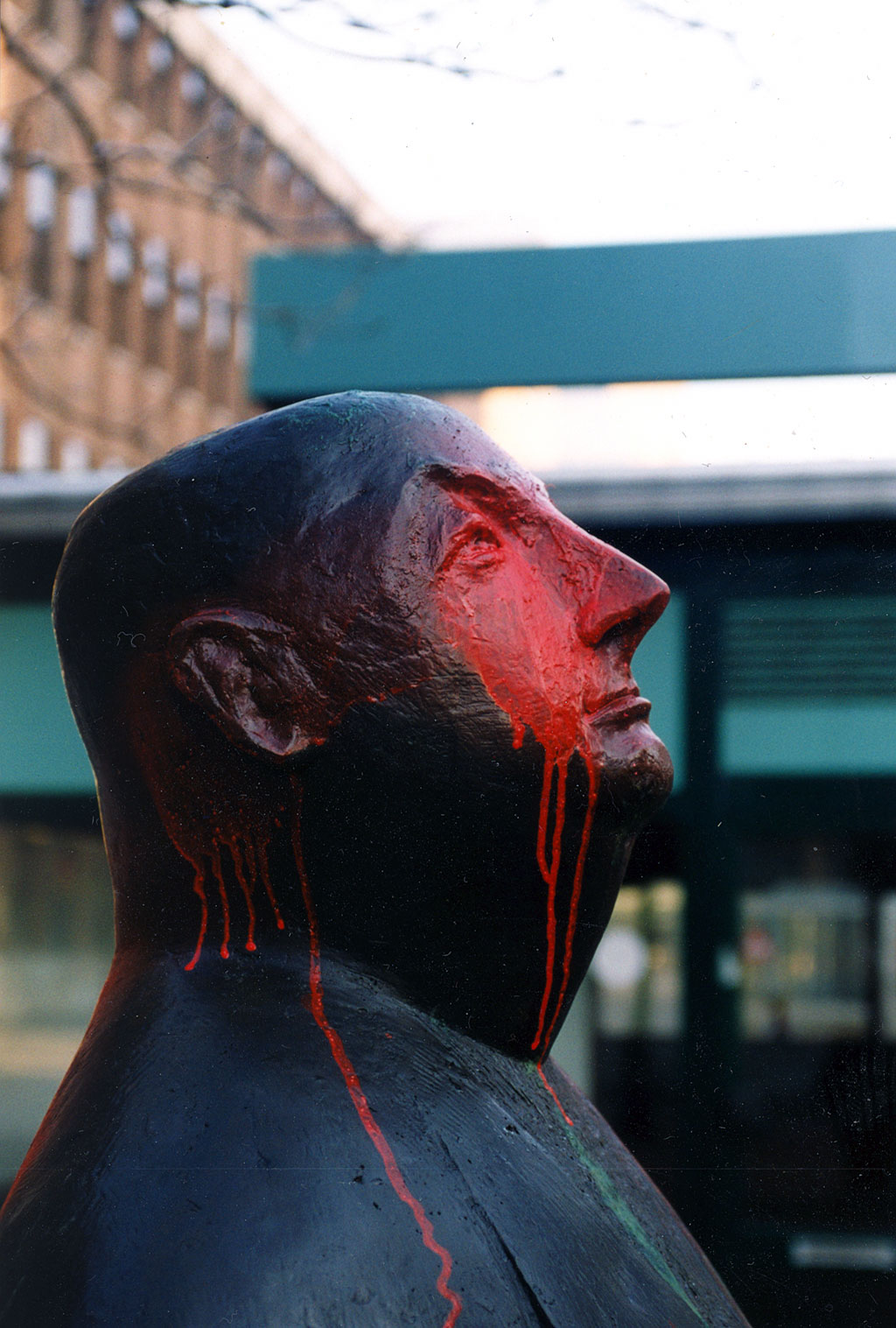 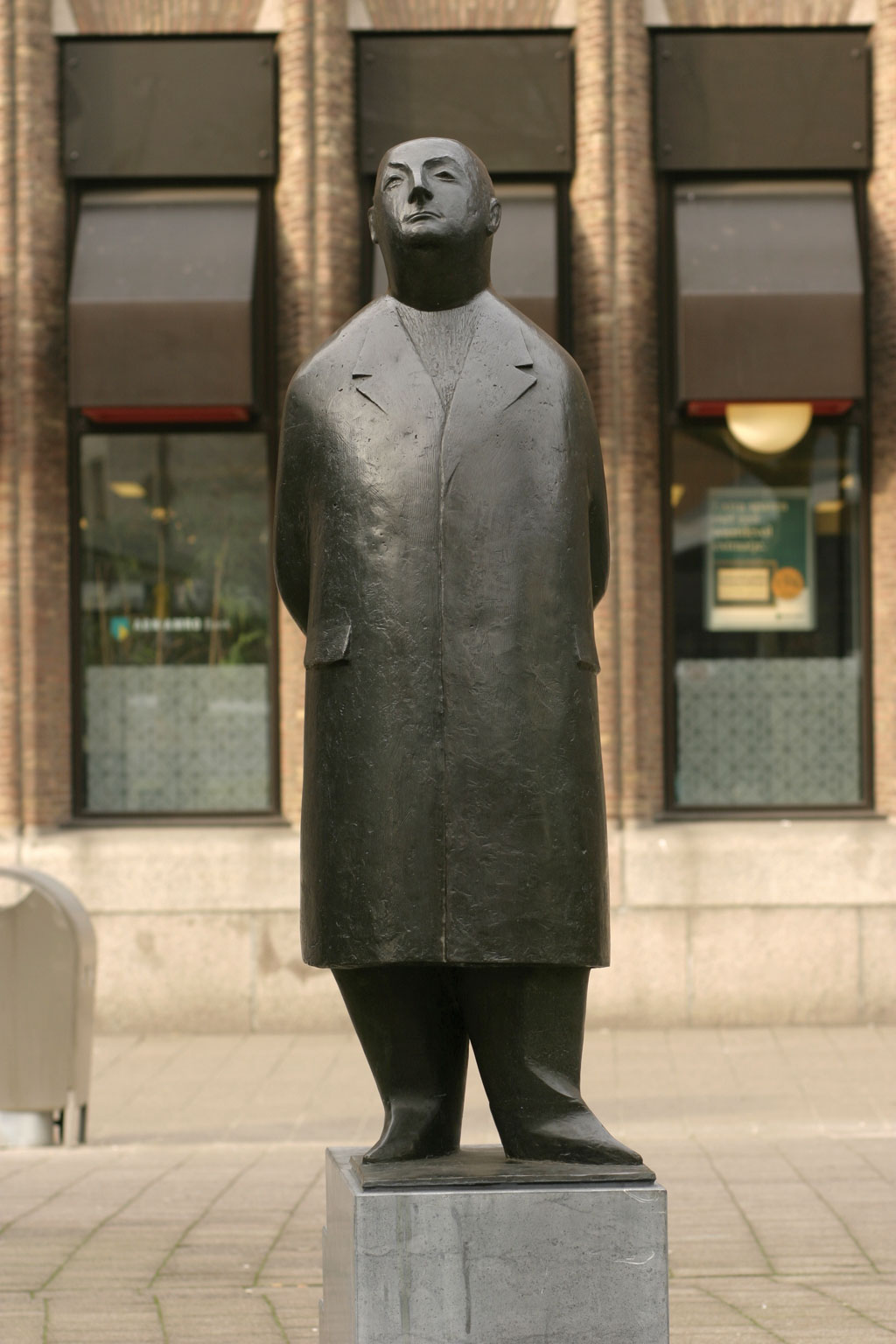 Ever since the life-size sculpture Monsieur Jacques by Oswald Wenckebach has stood on the Coolsingel many of Rotterdam’s inhabitants have taken it to their hearts. Monsieur Jacques is not a portrait of a real person but a representation of a self-satisfied middle-class man. Since 1959 he has stood on the same spot doing nothing but looking around him: his chest out, his nose held high, holding his hat behind his back.

The stylised male figure is highly simplified with few details. Monsieur Jacques wears an overcoat, although this is evident more from the silhouette than the detailing. His arms appear to have fused with his body. The model of the jacket is only summarily defined by several incised lines and raised areas that represent the placement of the lapels and the pockets. The trousers and shoes are also vaguely delineated.

Museum Boijmans Van Beuningen owns a series of figure sketches by Oswald Wenckebach, each featuring Monsieur Jacques. Each of the drawings shows him in a different pose and with a different character or mood. The titles refer to events or situations in which Monsieur Jacques finds himself: attending a funeral, engaging in a political debate and as a tourist on holiday. When the sculpture was unveiled in the mid-1950s many Dutch people recognised in it the stereotype of a Dutch middle-class man. 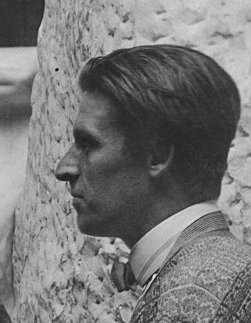 Ludwig Oswald Wenckebach was born in 1895 in Heerlen. Around 1910 he began studying with his uncle, the painter Willem Wenckebach. He then received a classical art education at the Kunstnijverheidsschool in Haarlem and from 1914 to 1919 in Vienna. He painted and also made woodcuts, etching and lithographs. Upon his return to the Netherlands he settled in Schagen. There he became acquainted with the sculptor John Rädecker who encouraged him to take up sculpture. However, he did not entirely abandon the graphic art: in 1928 he designed a three-cent postage stamp to commemorate the Amsterdam Olympics.

Wenckebach was self-taught in sculpture. Initially he worked in the classical Greek tradition; he had been impressed by classical sculpture during a stay in Greece. He made sculptures for (the restoration of) buildings and statues and busts in stone and bronze. In 1935 he was appointed extraordinary professor in modelling and sculpture in the Department of Architecture at the Technische Hogeschool in Delft. After the Second World War Wenckebach made several war monuments (e.g. Alphen 1949, Haarlem 1949, Middelburg 1950). He also designed medals and coins such as the guilder minted in 1950 bearing the image of Queen Juliana.

It was not until the 1950s that Wenckebach gradually developed his own figurative style, abandoning the classical tradition with its heroic, athletic and therefore archaic figures. Gradually his figures took on their own character with a stylised design and a milder, more everyday, sometimes ironic personality. Wenckebach died in Noordwijkerhout in 1962.