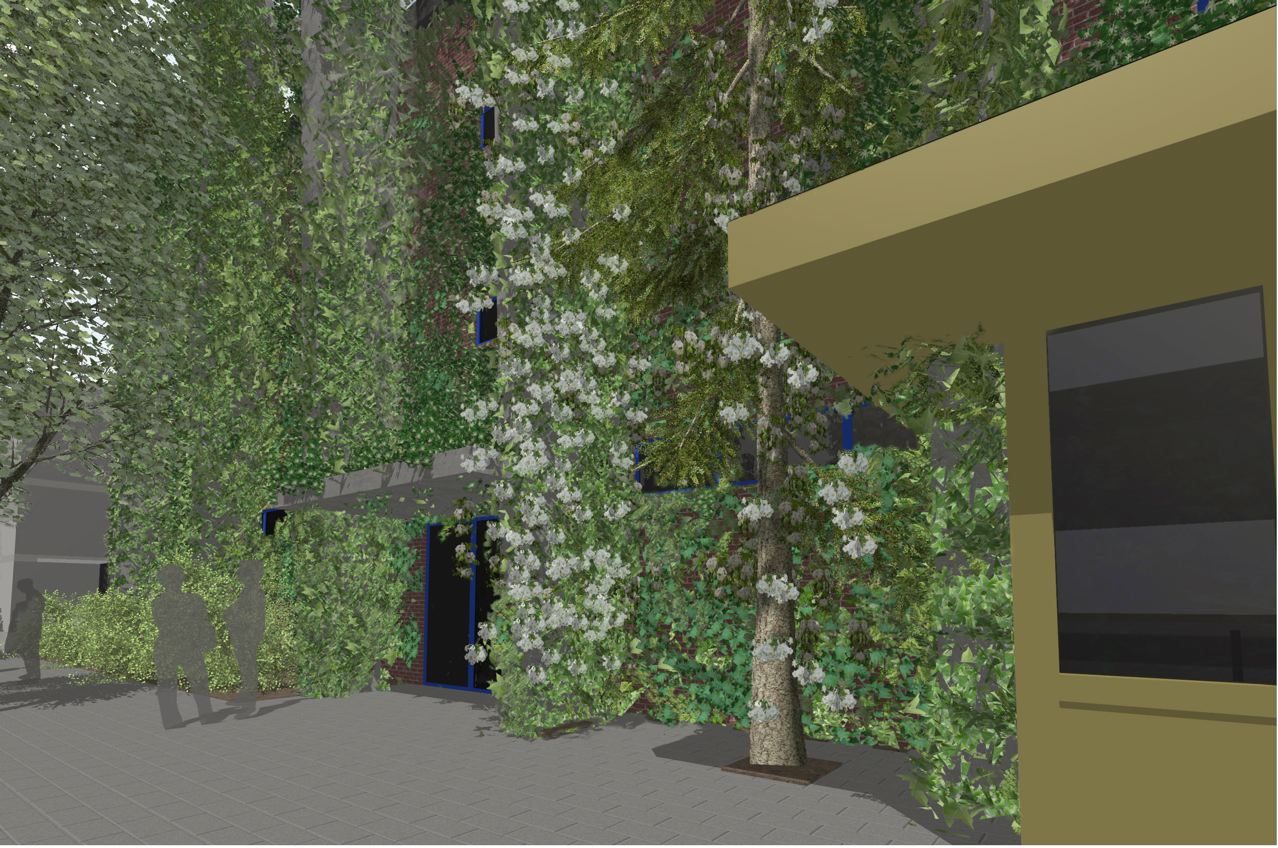 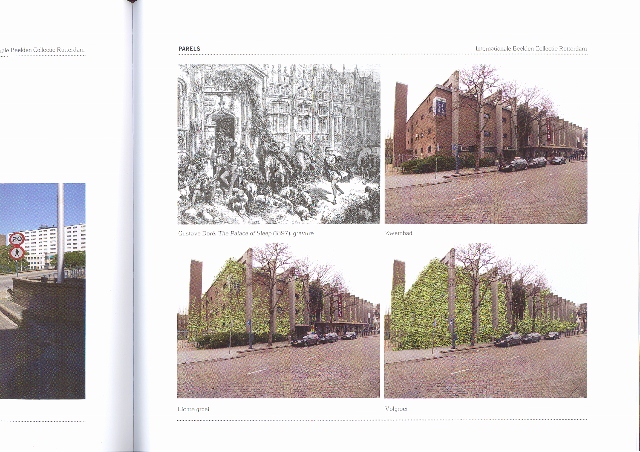 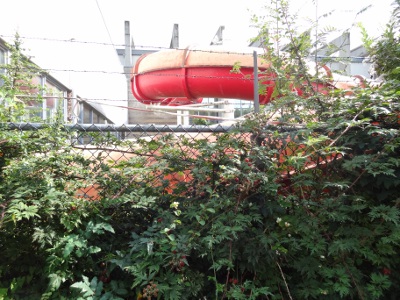 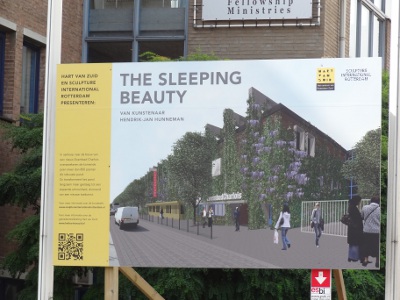 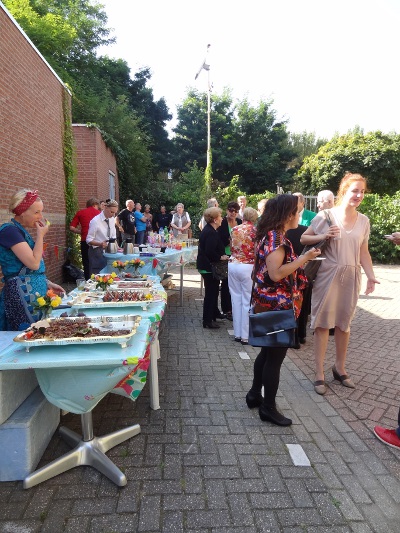 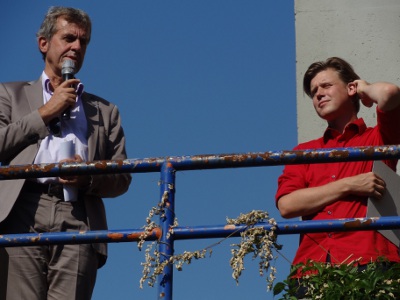 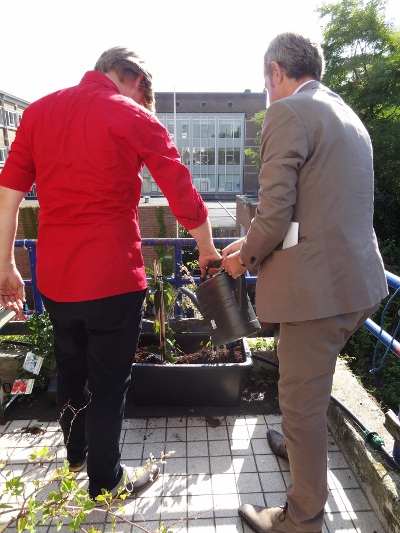 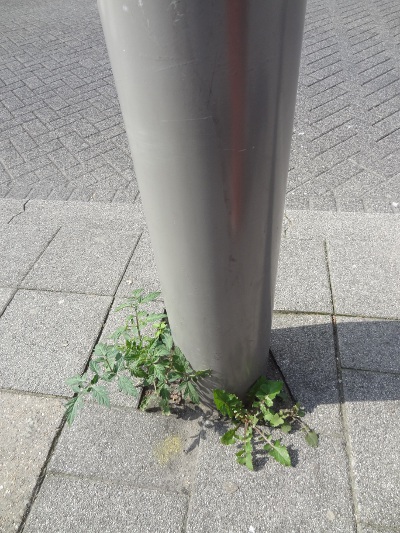 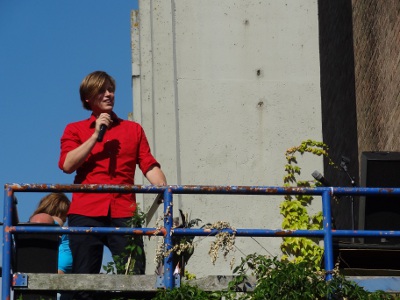 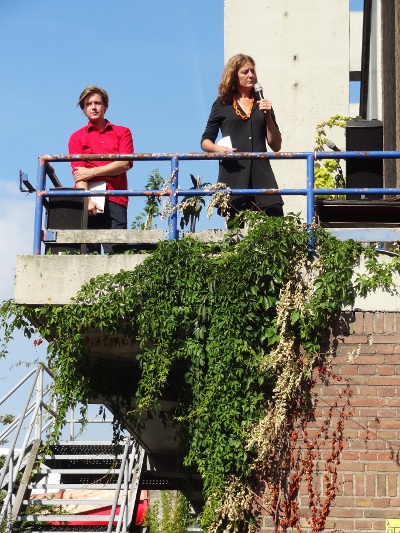 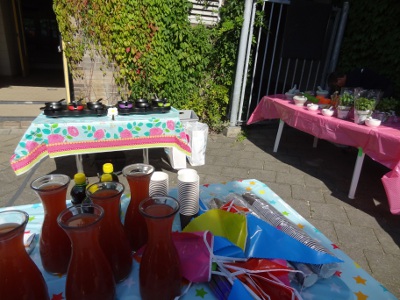 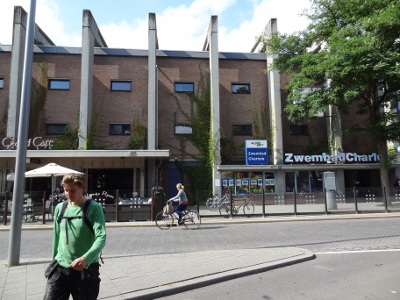 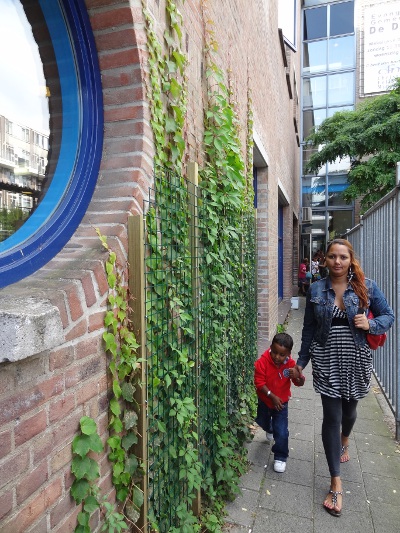 ‘The Sleeping Beauty’ is a temporary intervention in the urban context of Zuidplein, using the Charlois swimming bath for its purpose. Designed in 1959, the swimming bath consists of simple, brick facades with small windows framed by 15 freestanding, concrete trusses that support the roof and encompass the building. The building, with its uniform and industrial appearance, does not stand out much in an environment mainly constructed from the same materials.

The plants transform the relatively plain, brick facade of the swimming bath into something soft, green and amorphous. The modernist architecture is covered by an entirely different material than those from which the building and its surroundings are constructed, thereby detaching the industrial building from this environment. A new biotope will form, consisting of various plants such as the Chinese fleecevine, which gives off a honey-like aroma in June and attracts a variety of birds and insects. Climbing plants such as Parthenocissus will make a start on the demolition of the swimming bath, because this plant extracts lime from the wall and eventually weakens it. Although the building will ultimately be demolished at a rapid pace, this intervention transforms it and dismantles it very slowly.

The work of Hendrik-Jan Hunneman (born in Noordoostpolder, 1970, now lives and works in Rotterdam) is always site-specific and occupies the borderline between the visual arts and architecture. It consists of basic interventions in existing environments, which direct and manipulate the observer’s perception. Although his work is usually monumental and space-filling, it is not the interventions themselves that demand attention but the physical experience of the transformed space that they result in. Both the titles and the lines of text in the work – frequently borrowed from (pop) music, film scripts or simple stories such as fairy tales – function as an additional layer of meaning, coalescing with the work to form a single image. Both the titles and the lines of text cause a kind of confusion: on the one hand, you are dealing with a work of art as an intervention; on the other hand, the language element relativizes the direct character of the sculpture.

Hunneman designed the ‘The Sleeping Beauty’ at the request of Sculpture International Rotterdam and the Hart van Zuid urban development zone. The work of art forms part of Hart van Zuid’s social programme. Introducing art to the heart of Rotterdam South is a fast way to improve the appearance of the area. Moreover, the area will get a boost from the arrival of visitors who come to view the art. 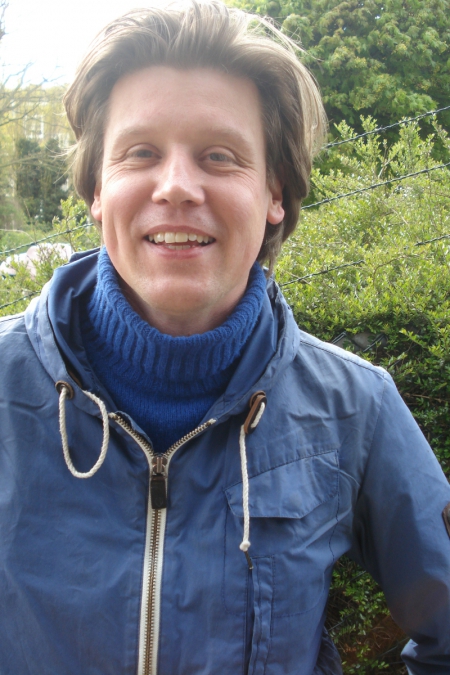