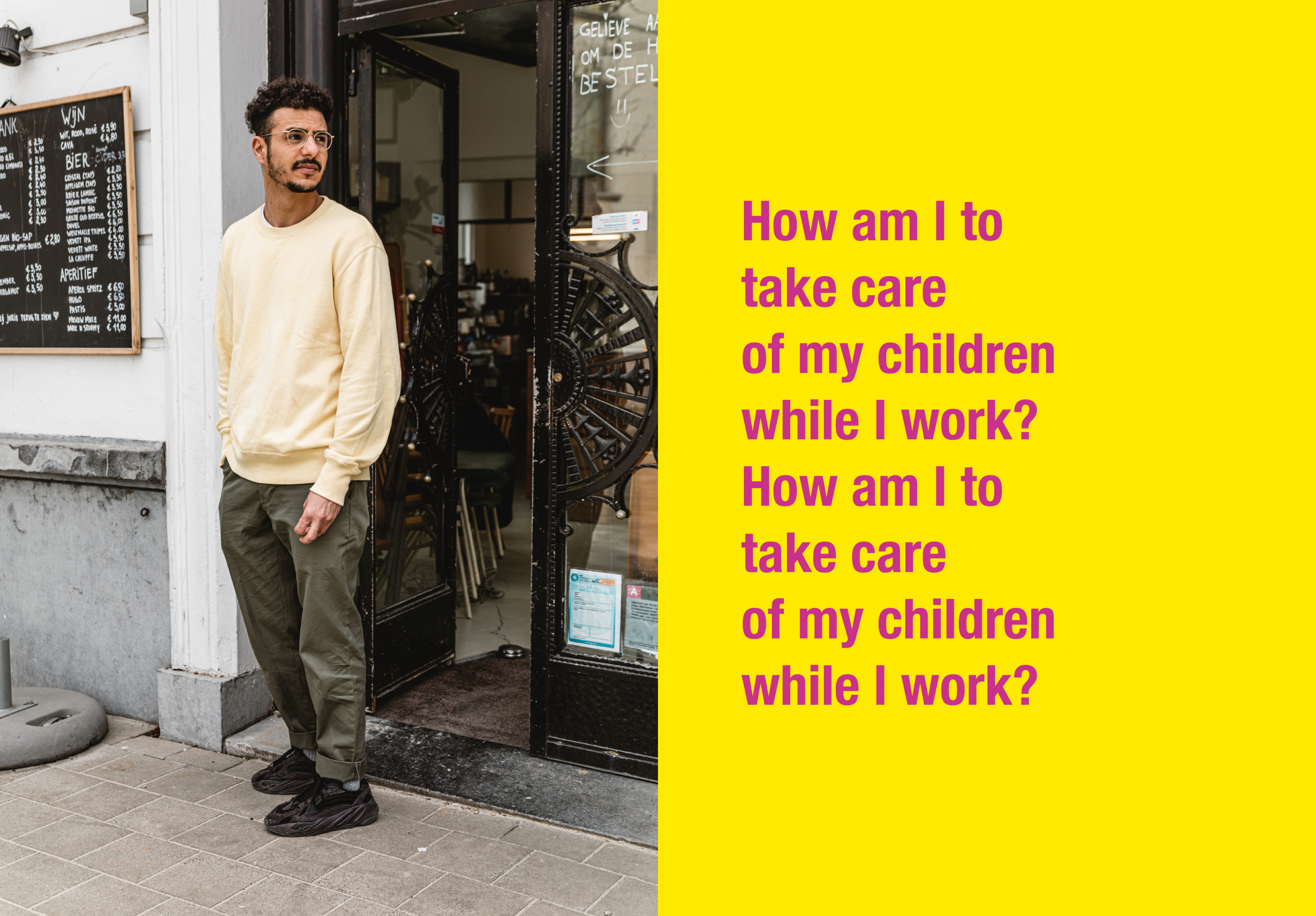 How Am I To Take Care of My Children? (2021) foto Michiel Devijver 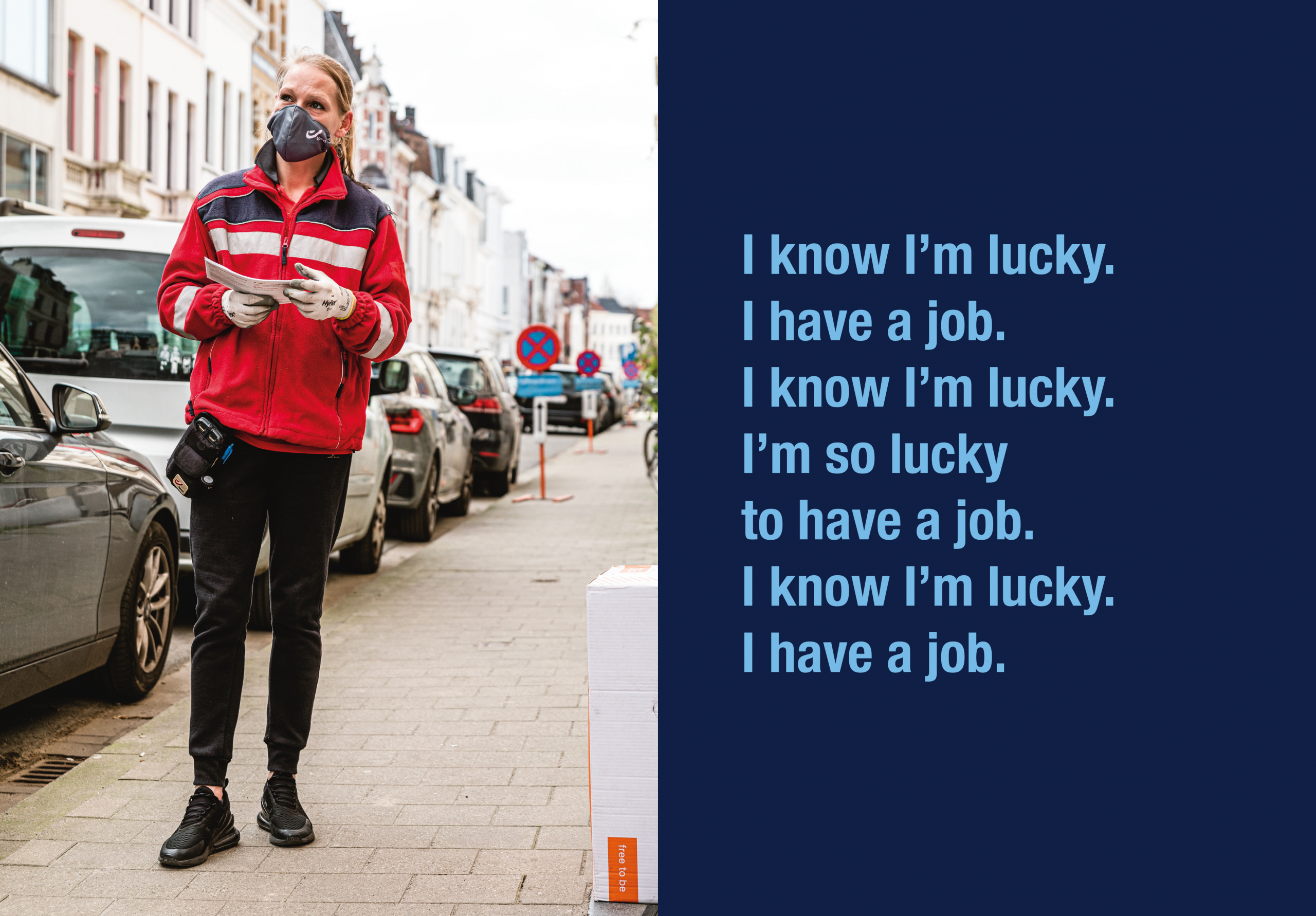 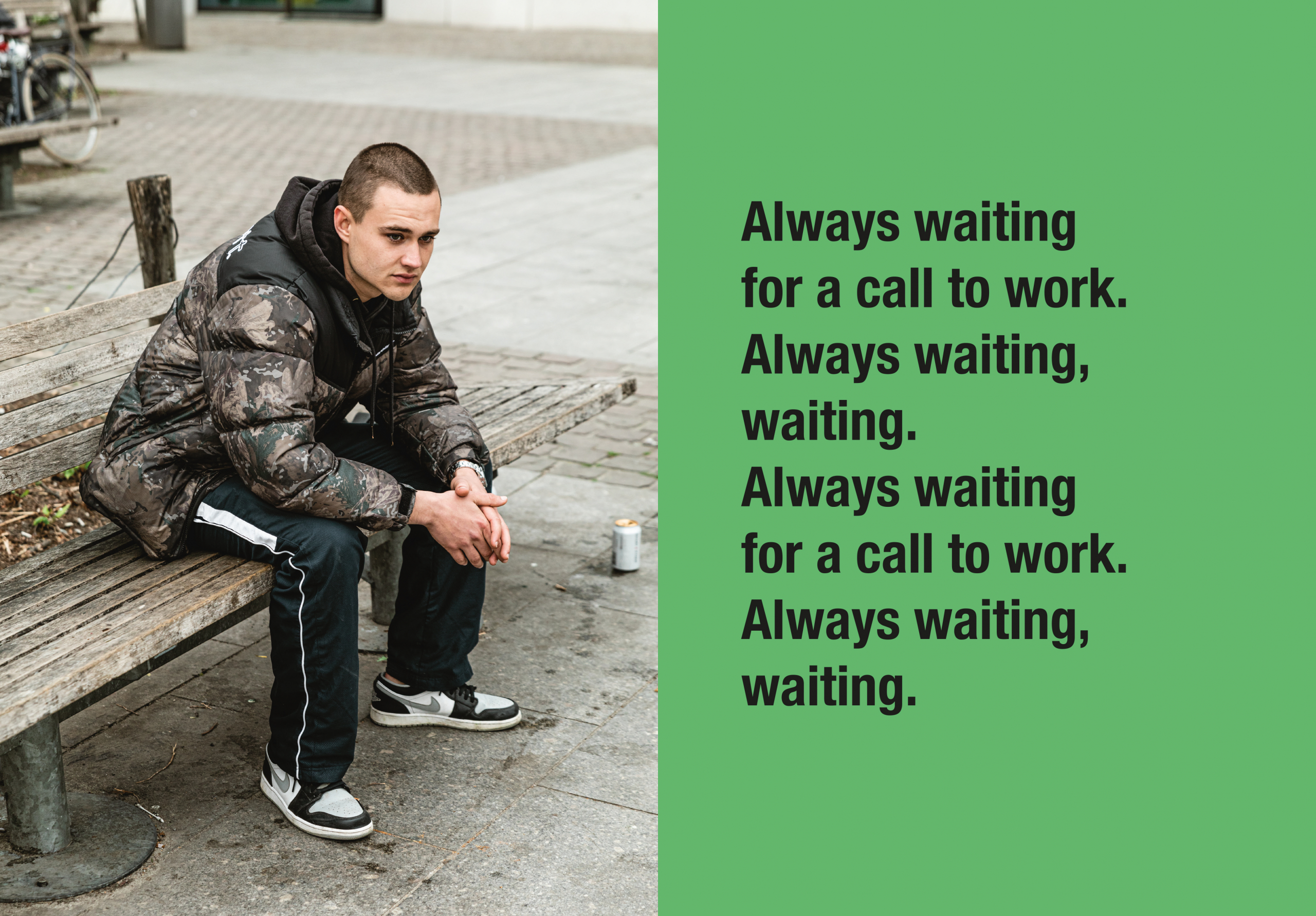 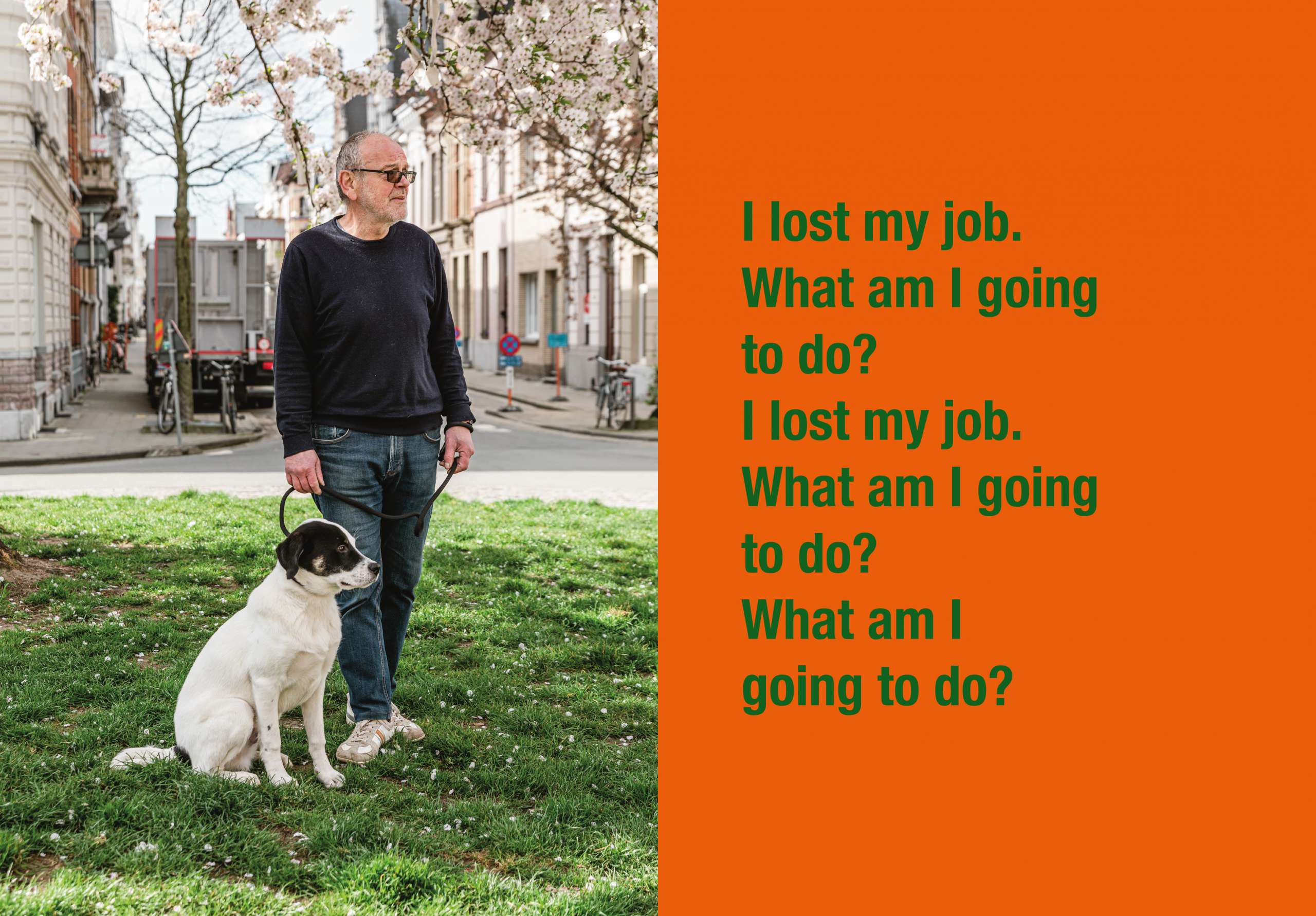 Time. And again. (2021) by Canadian artist Ken Lum consists of a series of five posters. They show portraits that he photographed in Antwerp and combined with a text in which the depicted people express their relationship with work. About their worries about not having a job, the problems they face combining work with taking care of their children, about the impact of all of this on their lives. The texts are shown in both Dutch and English. The umbrella title Time. And again. refers to the English expression “over and over” pointing out a repetitive and ongoing situation. The posters also bear individual titles:

They Have No Idea How Much I Work
How Am I To Take Care of My Children?
I Know I’m Lucky
I’m Always Waiting
What Am I Going To Do?

In the mid-1980s, Ken Lum gained international recognition with artworks in which he combined photographic portraits with text or commercial logos. He sought friction between the image and the text, in order to question the identity of modern man/woman. For example, by asking how the desires promoted by advertising influence our identity. And also, as the descendant of a Chinese family immigrated to Canada, to diaspora backgrounds and the nature of hybrid identities. The tension between what we see and what we read crosses stereotypical representations and introduces different kinds of images into the public arena, which is usually dominated by commercial messages that mainly represent mainstream domestic happiness and prosperity.

Time. And again. is a traveling project, it shows the contemporary condition of precarity – socio-economic vulnerability – which is at stake in many places. Moreover the work is meaningful for Rotterdam as Ken Lum already in 1990 realised his work here Melly Shum Hates Her Job, which has since been part of SIR’s collection of public works of art.

On the corner of Boomgaardstraat and Witte de Withstraat, the smiling face of Melly Shum has become a familiar part of the street scene. In this work, too, the text conflicts with the image and makes you think. Since 1990 it hangs on the side wall of the building where TENT and Art Institute Melly are housed. The latter – the former Witte de With Art Center – also derived its new name from this specific work by Ken Lum.

Time. And Again. (2021) was commissioned by Kunst in de Stad Antwerpen. Curator Samuel Saelemakers took the initiative to show the work in Rotterdam as well.

Time. And Again. (2021) by artists Ken Lum can be seen from November 5 to December 5, 2021 at the Kruisplein in Rotterdam. The work was commissioned by Kunst in de Stad Antwerpen, where it was shown this summer. Curator Samuel Saelemakers took the initiative to subsequently show the work in Rotterdam.

On the base of the display stickers are applied with a QR code to on-line information about the project. 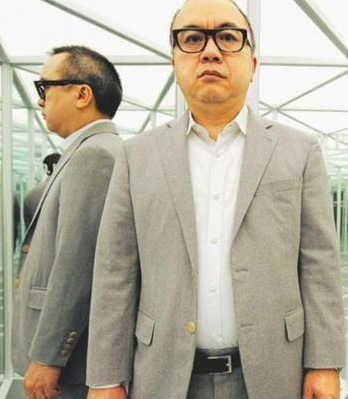