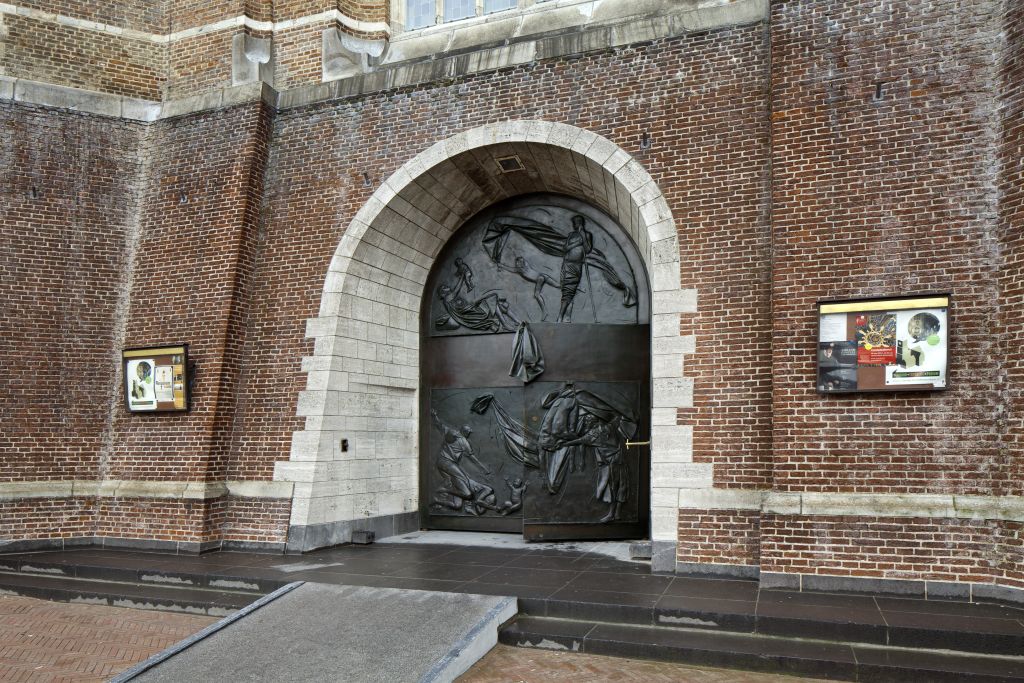 Giacomo Manzù was given carte blanche in designing the bronze doors for the Sint Laurenskerk in Rotterdam. He did not chose an explicitly religious theme but rather that of war and peace, which he saw as a metaphor for the destruction of the church in May 1940 and the post-war reconstruction.

On the outside the doors form a single picture plane representing the theme of war. Here violence and sorrow prevails. On the left a soldier, his helmet dangling on his back, raises his knife to a man lying on the ground. A screaming child looks on with its arms raised upwards. On the right a man’s body hangs limp from a rope around his waist. A woman lifts up the shroud that is draped over him and looks at his face.

Above the doors, on the tympanum, several figures represent the theme of peace. Here joy and happiness reigns. The scene depicts happy family life symbolised by a woman (modelled on Manzù’s wife) playfully lifting up her child, a boy waving a sheet and a man leaning on a stick.

The inside of the doors depict two Christian symbols: the pelican – a symbol of Christ’s passion as it was believed that the bird fed its young with its own blood in times of need – and a dove, the symbol of the Holy Spirit. 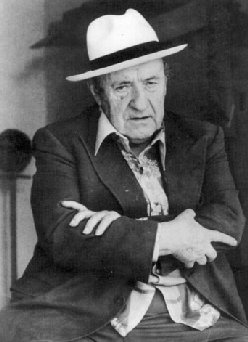